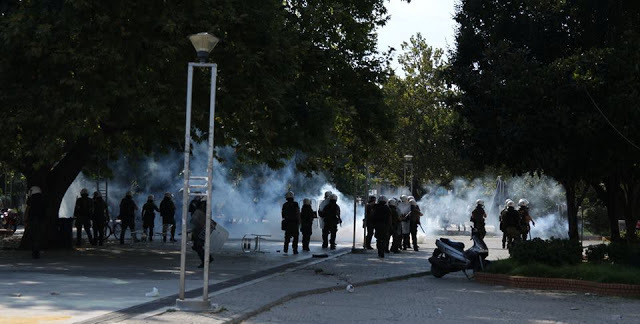 About 200 nationalist militants clashed with police on Sunday in the northeastern city of Komotini when they tried to break a demonstration of Greek Muslims.

Greece’s Muslim minority party Friendship, Equality and Peace (FEP) held a rally in commemoration of the 21st anniversary of the death of its founder, Achmet Sadik. A Komotini native, Sadik was the first Muslim elected in Greek parliament in 1989.

The nationalists attempted to attack the assembled Muslims but riot police intervened. The counter-demonstrators threw rocks and chairs at police, who resorted to the use of tear gas and stun grenades. No arrests or injuries were reported.

The FEP march was organized about a month ago and it coincided with the 42nd anniversary of the restoration of democracy in Greece after a seven-year military dictatorship. It was held in Komotini, a city with a heavy Muslim population.

About 100,000 multi-ethnic Muslims are concentrated in the northeastern region of Thrace. The Western Thrace Muslims are Greek citizens and they are located there since the Greece-Turkey population exchange in 1923.