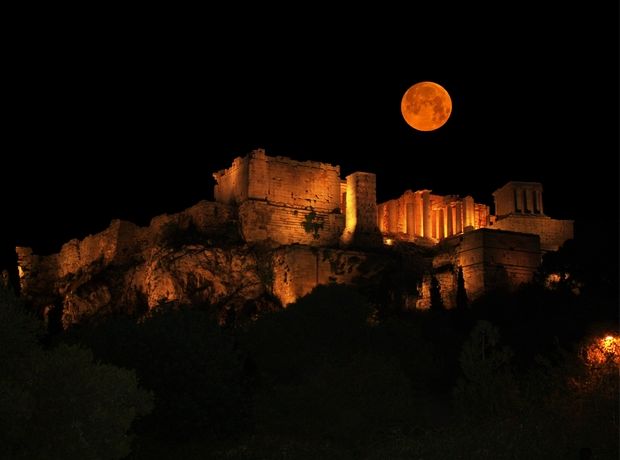 For the past few years August full moons in Greece have been celebrated with particular reverence, and this year is no exception. The Greek Ministry of Culture unveiled a series of events to coincide with the August full moon on August 18 this year. As every year, ancient sites will be open for the public to visit as well as museums around Greece, free of charge. The public will also be treated to numerous exhibitions, film screenings and poetry recitations in the light of the full moon from August 17 through to August 21.
It is a rare opportunity for visitors to see ancient sites from around Greece bathed in light with sites such as the archaeological theater of Philippon, the Castle of Mystra, and of course favorites near Athens, such as the Temple of Poseidon near Sounion and other museums such as the Acropolis Museum and National Archaeological Museum.
Culture Minister Aristidis Baltas expressed gratitude to security guards and other services that have supported this event in the past so that sites could remain open well after closing times. The full moon events give a rare opportunity for people to visit sites they wouldn’t ordinarily visit or see them in a different “light.”
Here are ten from the dozens of events taking place around Greece: