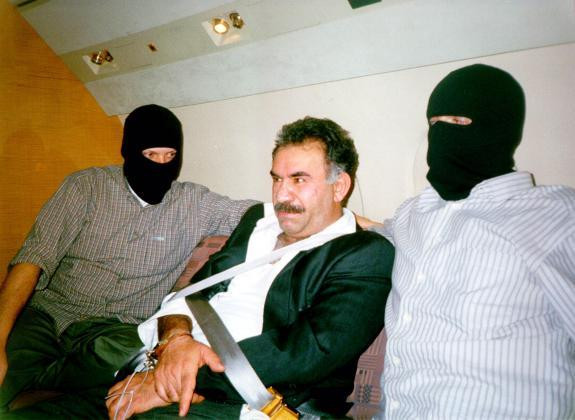 Turkey’s demand for the immediate extradition of the eight military men who sought asylum in Greece after the coup attempt in Turkey, brings to mind the case of Kurdish PKK leader Abdullah Ocalan.
Abdullah Ocalan is one of the founding members of the militant organization the Kurdistan Workers’ Party (PKK) in 1978 in Turkey. At the time of his arrest in 1999, he was Turkey’s number one wanted man, internationally branded as a terrorist.
Since late 1998, being on the run, Ocalan had sought asylum from Syria to Italy to Russia to Greece. On January 30, 1999 he arrived in Athens in a private plane obtained by Antonis Naxakis, a retired military officer who sympathized with the Kurdish cause.
There, he was advised to fly to the Netherlands where he could seek a hearing at the International Court of Justice. The Dutch authorities barred his plane, and Ocalan returned to Greece. The next day, he flew with a Greek official and four aides to Nairobi, where the Greek Government had agreed to shelter him temporarily.
The PKK leader finally landed in the Greek Embassy in Nairobi, Kenya, on February 2, 1999. There, the U.S. and Kenyan intelligence services discovered that the fugitive was at the Greek Embassy and notified MIT, the Turkish intelligence service.
After spending two weeks in the Greek Embassy, Ocalan was told he could fly to Amsterdam to seek asylum there. He got into a jeep driven by a Kenyan security officer, bound for the airport.
However, the Kenyan driver delivered the Kurdish man into the arms of a Turkish commando team.
Ocalan’s arrest led to furious protests by Kurdish demonstrators, who attacked Greek consulates and embassies across Europe, after rumors that Greece and Israel had been involved in his capture.
Greek Prime Minister Costas Simitis was forced to fire the three ministers who were behind the failed operation to hide the Kurdish rebel leader. Ocalan was regarded by many Greeks as a folk hero fighting against Turkish suppressive forces.
Simitis was embarrassed by details regarding the role played by the CIA in Ocalan’s capture. His MPs pressured him to terminate the ministers involved.
A leading officer in Greece’s Intelligence Service (EYP), Colonel Savvas Kalenterides, who had been dispatched to Nairobi, said Athens had openly co-operated with the CIA to deliver Ocalan to the Turkish commandos.
The three ministers, however, said Simitis had little control over the Greek intelligence service. The sacked foreign minister, Theodoros Pangalos, said Greece had been under intense pressure from the international community, including Washington, which has admitted playing an ‘indirect’ role in facilitating Ocalan’s capture.
Pangalos said that hiding Ocalan could even trigger a war between Greece and Turkey. Insiders close to EYP said that when Simitis was informed that Ocalan was in Greece, he immediately gave orders for Ocalan to be expelled from the country.
In Turkey, Ocalan was charged with and convicted of treason and separatism, and sentenced to death. His sentence was commuted to life imprisonment upon the abolition of the death penalty in Turkey in 2002. He was in solitary confinement in a prison constructed especially for him on Imrali island until 2009. Since then several other Kurdish PKK prisoners were transferred there, following the interference of the Council of Europe’s Committee for the Prevention of Torture objecting to the conditions in which he was being held. 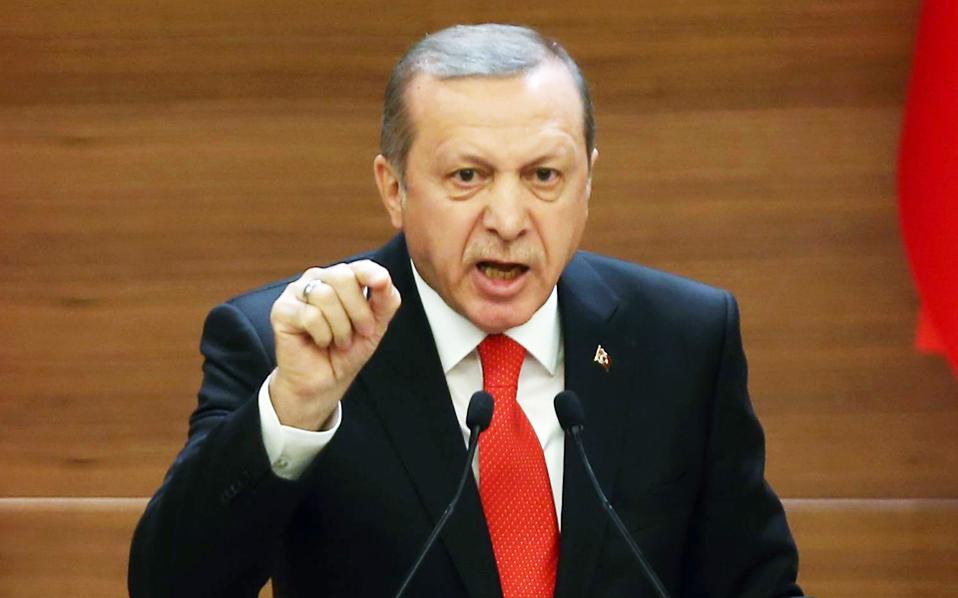 Will Greek authorities extradite the 8 Turkish soldiers?
Today Greece finds itself in a case where it has to choose between adhering to Turkey’s demand for the extradition of the eight asylum seekers and following international law regarding the application for political asylum.
Turkish President Recep Tayyip Erdogan has said that Greek Prime Minister Alexis Tsipras promised him on the telephone that the detainees will be extradited to Turkey within 15 to 20 days. Government Spokesperson Olga Gerovasili said that in the asylum application, the Greek judicial authorities will take into serious consideration the fact that the eight military men were trying to overthrow a democratically elected government.
On the same wavelength, Alternate Defence Minister Dimitris Vitsas stated that this is a special case where the detainees are suspected of treason and using violence to overthrow the government against the will of the people.
In Turkey, the signs the day after the coup attempt were ominous. The Turkish president, indirectly, has promised revenge. The punishment of the perpetrators will be decisive and harsh, he stated, adding that he is considering reinstating the death penalty. Erdogan has often displayed authoritarian beliefs and practices. Given the lynchings, torture and abuse of army personnel participating in the coup attempt, the fate of the eight men if they are extradited to Turkey is almost determined.
Yet, no one knows what the next day in Turkey will be like. Especially regarding relations between Turkey and the European Union, or its neighboring Greece. Erdogan came up much stronger after the failed coup, exerting his power by firing thousands of army, police and judicial officials only two days after the event.
Athens has to be very careful in handling this difficult situation. The eight Turkish soldiers claim they had orders to fly and collect wounded soldiers when they received fire from the police. They were forced to flee because they would be accused of participating in the coup attempt, they said.
Despite their claims that their lives and the lives of their families are in peril, the asylum seekers must prove that they did not actively participate in the coup and they were just following orders to salvage wounded soldiers.
Whatever the case, hard logic suggests that human rights protection would be set aside and the eight asylum seekers are likely to be “sacrificed” in order to maintain the good relations between the two governments.
Like in the case of Ocalan, one might say.