Greek Unpaid Debt to State Funds at 50% of GDP 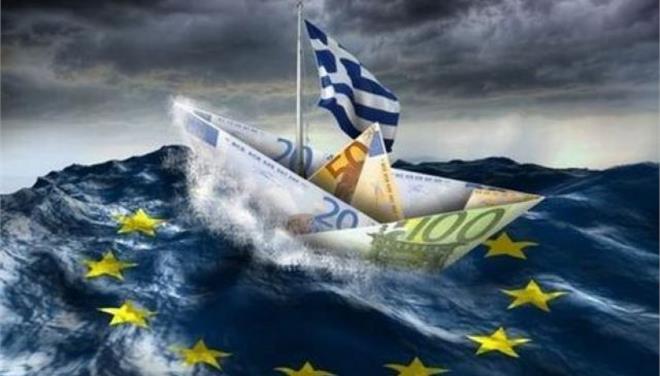 Overtaxed Greek citizens are having difficulty meeting their obligations with the Greek tax department. In May, taxation and businesses, according to data released by the General Secretariat of Public Revenue, left 1.25 billion euros worth of unpaid taxes. Overdue debt is expected to explode to 88.88 billion euros, half the country’s GDP.
Market officials estimate that overdue debt will be more than 95 billion euros by the end of the year, rising to 95 billion euros as taxpayers debt keeps rising by 1 billion euros per month. This year, obligations (tax, ENFIA) have come to increase the recent taxes and duties.
Taxpayers debts rose from 30 billion euros at the end of 2009 to 88.88 billion euros by May 2016 marking an increase of 196 percent. During the economic crisis, natural persons were unable to pay 59 billion euros to the Greek public sector.
Most debt will not be paid back as most of the companies owing large sums have either declared bankruptcy or closed down. Backdebt of large companies of the Public Sector is huge. The General Secretariat of Public Revenue released figures that show:
• Overdue debt (created before 2016) is at 83.3 billion euros. Most of this:
– More than 8 bln euros is owed by public companies and municipal operations.
– Around 13 bln euros is owed by bankrupt companies, and it will never be collected by the Greek public sector.
– More than 63 billion euros is owed by natural and legal persons.
– More than 158 mln euros is owed by ‘fake’ companies with fake tax registrations.
• The new overdue debt accrued from January until May will be at 5.58 bln euros. The actual amount will be much greater as the 5.58 bln euros does not include money owed from indirect tax to third persons, non-payment of wages, fines and other stamps.
• In May, unpaid taxes were at 1.25 billion euros. The amount doubled for April 2016.
• For the five-month period, 1.26 bln euros were gathered, whereas 2.05 billion euros had to be gathered.
• 697 million euros worth of overdue debt was paid up from January to May whereas 23 percent of the new debt created needs to be paid off by the end of the year.
In order to achieve its goals, the General Secretariat of Public Revenue has already started a new program of confiscation with auctions of real estate. By the end of the year, 55 percent of those who owe money to the state and insurance funds will have undergone confiscations.
Legal sanctions Legal sanctions and prison terms will be faced by 1,362 debt owers to the public sectors who delayed payments worth more than 50,000 euros for more than four months. These natural persons were found to owe 2.027 billion euros to the public sector. The size of the money they owed has led to legal action being taken against them.
There are 20 cases of certified tax evasion worth more than 50,000 euros with the total amount of proven tax evasion at 492.66 million euros.