GRNews
GreekReporter.comGreeceDead Refugees Dragged From Sea off Lesbos, Including Children

Dead Refugees Dragged From Sea off Lesbos, Including Children 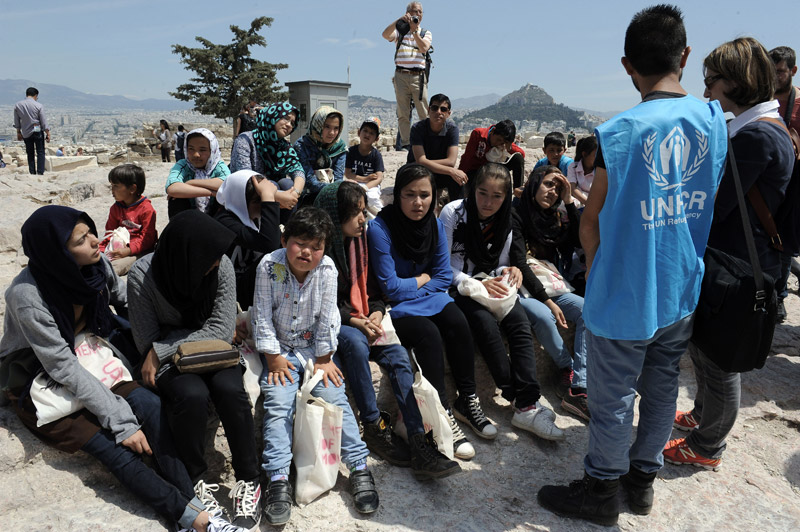 Four dead were dragged from the sea region, east of the airport of Lesbos, after an inflatable dinghy carrying refugees and immigrants capsized on Wednesday morning. A young girl, aged four, a young boy, a woman and a man were the first four dead victims pulled from the sea.
The Lesbos Coast Guard states that four people have been rescued and a search and rescue operation is underway to find the eleven people that sources say were on board. The Coast Guard is battling to find more survivors though it is still unknown how many will be found.
On Wednesday morning, another two plastic rafts with migrants was located. A boat by the coast guard and the navy managed to save four irregular immigrants earlier in the day. Wind velocity in the region is at 4 Beaufort.

The isle of Lesbos in the Aegean is the main arrival point for hundreds of thousands of refugees heading to other countries in Europe. Numbers of new arrivals had fallen dramatically following a March deal between the European Union and Turkey to limit the refugee flow.