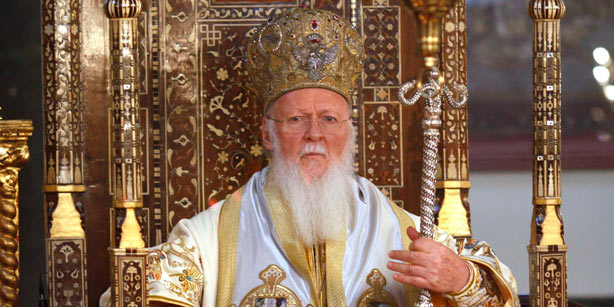 Ecumenical Patriarch Bartholomew called on Muslims to show “respect” to the Christian faith, on the occasion of the end of the feast of Ramadan on Friday. He expressed “respect” for Islam, however, he called on the same courtesy to be paid to “places of worship of our forefathers” in reference to the Koran prayer readings transmitted live from Hagia Sophia every night of Ramadan.

Speaking at Hagia Kyriaki Church at Kontoskali in Istanbul, the Greek Patriarch said that the monument of Hagia Sophia had not only placed its seal on Christian church architecture through the ages but had also left a mark on the consciousness of an entire nation. Lack of respect to holy places of faith is not just an insult to Greeks but to world cultural heritage that a democratic country, such as Turkey, should respect and honor without insulting a minority of citizens that live in the country.