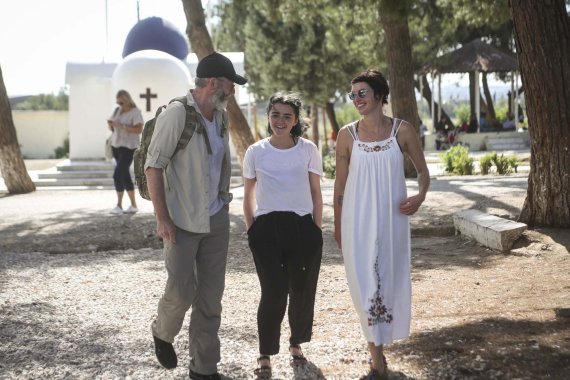 Lena Headey, Liam Cunningham and Maisie Williams, stars of popular television series Game of Thrones, visited a refugee camp on Lesvos island in Greece.
Cersei Lannister, Davos Seworth and Arya Stark, as they are known by millions of fans worldwide, visited the Kara-Tepe camp in Mytilene of Lesvos to meet the refugees, talk to them, hear their stories and record their needs.
The three actors came to Greece as guests of the NGO International Rescue Committee to unite their voices demanding the attention of the European Union as well as more direct and more effective action by world organizations.
Since January, the cast of Game of Thrones has started a campaign to raise awareness on the refugee issue and drum up support for the thousands of stranded refugees.