Albanian Chams Try to Create a Minority Issue in Greece 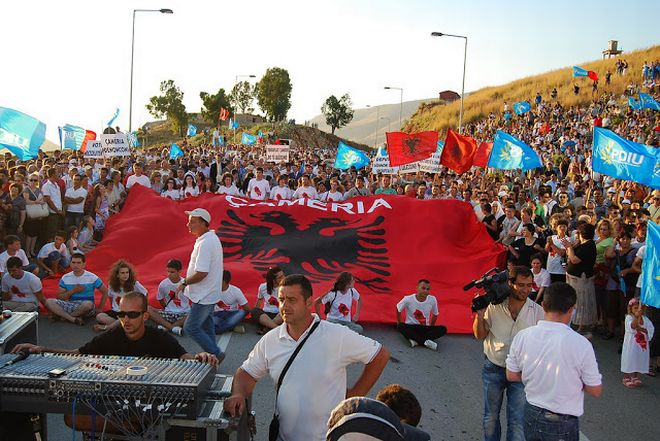 The recent provocative act of Albanian Chams raising a banner during a Euro 2016 football game accusing Greece of “genocide of 100,000 Chams” brought back an issue that has actually closed about 20 years ago.
During the recent visit of Greek Foreign Minister Nikos Kotzias to Tirana for bilateral talks on Greece-Albania issues, a group of Albanian Chams protested outside the country’s foreign ministry claiming the return of expelled Cham minorities back to western Greece and making territorial demands.
The Chams are not a recognized minority by both global and peripheral international organizations, such as the United Nations and the OSCE. The decisions of the Cham representatives in general do not have any legal dimension or commitment in international politics.
Nevertheless, the Chams also demand cultural rights for Albanians living in Greece, such as the opening of an Albanian-language school in the town of Filiates.
History and origin of Chams
Cham Albanians, or Chams, (Tsamides in Greek) are a sub-group of Albanians who originally resided in the region of Epirus in Greece, an area known among Albanians as Chameria. The Chams have their particular cultural identity, which is a mix of Albanian and Greek influences as well as many specifically Cham characteristics.
Chameria is the name applied by the Albanians to the region formerly inhabited by the Chams, along the Ionian coast from Konispol to the north to the Acheron valley south. This area corresponds to a few villages in the southern part of the Saranda district in Albania (the municipalities of Konispol, Xarrë and Markat) and to the regional units of Thesprotia and Preveza in Epirus, Greece.
During the Balkan Wars (1912–1913), Epirus was annexed by Greece. Albania declared its independence from the Ottoman Empire, asking for sovereignty over the whole region of Epirus. Six Cham delegates from Chameria and Ioannina sign the declaration. The Treaty of London gives the majority of Chameria to the Kingdom of Greece, with only a few villages going to Albania.
During the Greek-Turkish population exchange in 1922, a few thousands of Cham Albanians leave Chameria and 16,000 Greek refugees are settled in the region until 1926, when later they were moved on to other parts of Greece. At the time, Albanians were officially recognized as a minority, and are promised compensation for their land and Albanian-language schools.
However, in 1927, the new Greek government passes a law that deprived minorities, including Chams, from citizenship, rescinding the earlier concessions.
In 1939, following the Italian annexation of Albania in March, Albanian conscripts in the Greek Army are disarmed and put to construction work, while others are sent to internal exile on the Aegean Islands. 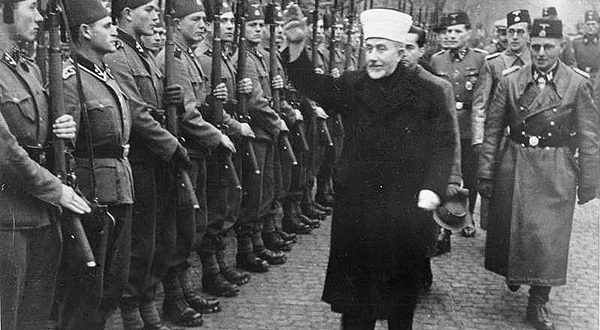 In April 1941, the German Army conquers Greece, and the Axis occupies the country until 1944. Several hundred Muslim Chams actively collaborated with the occupation forces. Another part joined the Resistance in both Albania and in Greece.
After the German withdrawal of German occupation forces, the majority of the Muslim Chams fled or were expelled into Albania by the forces of the right-wing National Republican Greek League.
In 1946, the Chams are organized as refugees in Albania, and petition unsuccessfully for return to their homeland. In 1952 the Communist government gives them compulsory Albanian citizenship.
In 1991, after the fall of Communism, the National Political Association “Çamëria,” a pressure group advocating the return of the Chams to Greece, is established.
In 1994 the Albanian State passes a law declaring June 27 The Day of Greek Chauvinist Genocide Against the Albanians of Chameria. Ten years later the Chams form the Party for Justice and Integration to represent their interests in Albanian politics. In 2011, Chams create the PDIU, as two Cham political parties were merged.
On the other hand, the Greek government considers the Cham issue as a closed chapter. The Greek official position says the Chams would not be allowed to return to Greece because they have collaborated with the Italian-German invaders during World War II and are considered war criminals and punishable by Greek law. In addition, if they were to return then, they would probably be persecuted by locals because of their collaboration with the Nazis.
In 1992 Prime Minister Konstantinos Mitsotakis proposed to Albanian Chams a trade-off in relation to their properties, only for the cases where their owners had verifiably not been convicted or participated in crimes against their fellow Greek citizens. Mitsotakis also proposed that the Albanian government likewise compensate ethnic Greeks who had lost properties due to alleged persecution during the communist regime in Albania. This proposal however, was rejected by the Albanian side.