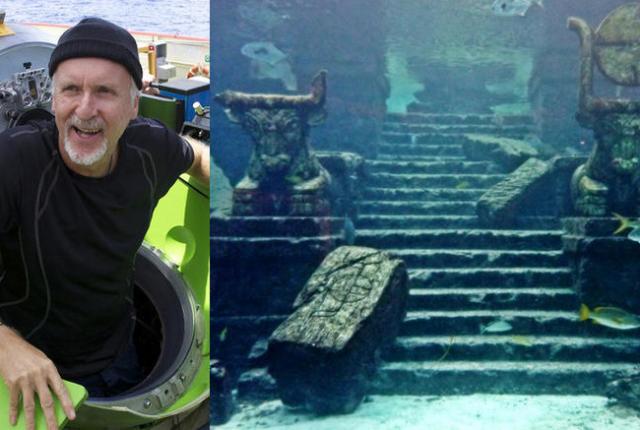 James Cameron, director of Hollywood box office hits like Titanic and Avatar, is set to be the executive producer of a documentary about the mythical island of Atlantis. The famous filmmaker will work with National Geographic Channel to shoot the two-hour documentary.

“Finding the historical and archeological truth behind the Atlantis myth has always been a fascination of mine,” said Cameron in a statement. “Our exploration team will investigate several new theories about where the real Atlantis was, who these mysterious people were, and what disaster wiped them from the Earth over three millennia ago.”

The documentary will be shot on location in Sicily, Malta, Crete, Santorini, Sardinia and off the coast of Spain. This is not the first time that Cameron has taken to the high seas. In 2012, he created the 3D documentary of the Deepsea Challenge where he traveled two hours from the ocean’s surface as part of a record-breaking solo dive. He had also participated in explorations examining wreckage of the Titanic. In 2003, he had filmed Ghosts of the Abyss with Walt Disney pictures where the Academy Award-winning filmmaker, following his 1997 Oscar-winning film “Titanic,” and a group of scientists staged an expedition to the wreck in 2001 to obtained more detailed images than anyone had before.