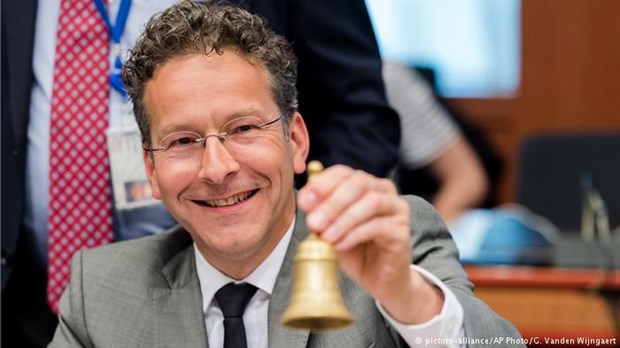 Eurogroup Chief Jeroen Dijsselbloem, speaking at the economic and monetary committee of the European Parliament, on Tuesday said he believed that the European Stability Mechanism would approve the disbursement of the 7.5-billion-euro loan tranche as Greece has met all the prior actions. Responding to a question posed by SYRIZA MEP Dimitris Papadimoulis, Dijsselbloem said that Greece and its lenders (EC, ECB, ESM and IMF) have entered a new stage.
The situation has improved since the summer of 2015 when trust between Greece and its creditors was severed. Since then, Greece has conformed to the demands of creditors with the application of crushing reforms, hence the situation has changed. Dijsselbloem said that the situation is now constructive despite some differences.
The road map for debt relief has been drafted but the debate will be completed at the end of the Greek program. Nonetheless, Dijsselbloem admitted that the 3.5 percent of GDP surplus after 2018 is not realistic and may be lowered in the following years. He said that this issue would be addressed towards the end of the year.