TechNews
GreekReporter.com Greek News Culture The Original Names of the City Athens and Their History

The Original Names of the City Athens and Their History 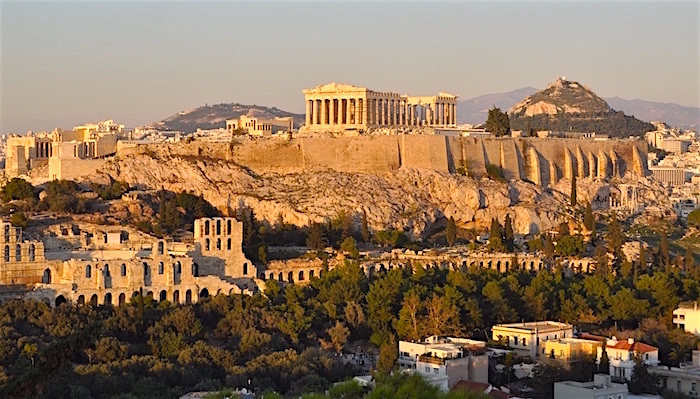 The origin of how one of the oldest cities in the world, Athens, attained its current name is a complicated story. Although few people are aware, the city actually had several names throughout its 3,400 years of recorded history.
The initial name of Athens was “Coast” or Aktiki as taken from the first king of the land, King Aktaio. Afterwards, as the city continued to grow and cultivate, Aktaio’s successor, King Cecrops named the city after himself. The legend says that the Gods of Olympus looked down at the beautiful prosperous city of Cecrops and decided to make it their own, leaving the city’s name to be changed one final last time.
A Legendary Duel Between Gods 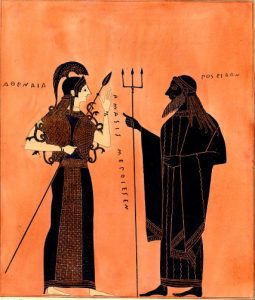 As history notes time and time again, the ancient city of Athens was a powerful force and played an important role in developing and advancing civilization. In modern times, remnants of the Gods and their glory from antiquity are scattered throughout the city. There is a rich and mythical history all around the city, and the way in which Athens was named is no exception to having a magical story unfold.
The story starts with a duel between the ancient gods of Olympus to determine who would give it their name and become its patron. It is said the god of the sea, Poseidon and the goddess of wisdom, Athena made it to the final round where Zeus intervened in order to avoid a violent fallout. Zeus declared that each of the gods had to present a gift to the city’s king, Cecrops, who was a half-man half-snake creature, and whichever gift was accepted by the citizens would determine the new name of the city.
The Gifts of Sea and Wisdom
Legend says that all of the citizens went high up on a hilltop to witness the offerings of Athena and Poseidon. First up was Poseidon who struck the rock of the Acropolis, opening a spring of water, offering the new city success in war and at sea. However, the people tasted the water and were not enchanted as it tasted salty, as the seas that the god reigned over.
When it was Athena’s turn, she stepped forward and planted a seed into the ground which immediately sprouted up into a beautiful olive tree. This was the goddess’ gesture of giving fruits of peace and wisdom, as well as the tree providing them with oil, food and wood for burning and tools. According to the fable, the men supported Poseidon while the women, who out-voted the men, were in favor of Athena.
The Legend of Athena
As the citizens named their city Athens, the owl, which signifies wisdom and was connected with Athena, became the choice pet animal of the Athenians. When money was invented, the goddess Athena was depicted on one side of the drachma coin while the owl was on the other. The citizens of Athens built temples, statues and held festivals dedicated to their patroness, Athena.