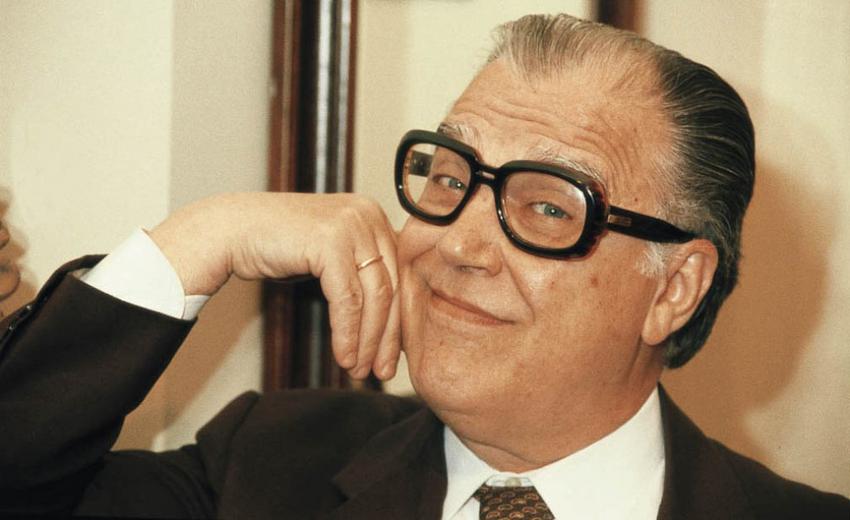 Giannis Michalopoulos, considered one of the last of the greatest actors born during the Interwar period (1923-1940) lost his life at dawn due to cardiac arrest, on Friday, June 10. He was 89 years old. He was known for combining his theatre education, knowledge and ethos for spectacular performances.
Giannis Michalopoulos was born in Exarcheia in 1927. He studied at the Drama School of the National Theatre and received his diploma as an actor in 1951. His first professional appearance on stage was in Odeon of Herodes Atticus in 1951, in Aristophanes’ comedy “Lysistrata” by the “Thymelico Thiaso” of Linos Karzis.
Even though Michalopoulos became widely known through TV and cinema, he had almost 50 years of presence on stage, as he participated in dozens of theatrical plays until 2002.
From 1952 to 1962, Michalopoulos worked as an anchor on the then National Foundation of Radio (E.I.R.) program. He had a special bond with radio, as he participated in plenty of theatrical radio shows after 1962.
Michalopoulos made his first appearance on the big screen in 1966 with the movie The Man For All The Jobs, directed by Giorgos Konstatinou. He also had a great career on TV as well, as he starred in comedies by Alekos Sakellarioy and Christos Giannakopoulos and in other shows, such as skits and festive programs.
Michalopoulos was a very talented actor with plenty of experience, but off-screen he shied away from the public eye choosing instead to live a modest lifestyle.
The last few years of his life he unfortunately faced some unknown health problems and had retired from the stage.