Before the Games begin in Rio de Janeiro in August, athletes from all over the world, between June 10th and 12th, are gathering and taking part in a different kind of sporting tournament in southern Greece, the Nemean Games.
The Sixth Nemean Games, are a partial revival of the ancient Greek Nemean games. 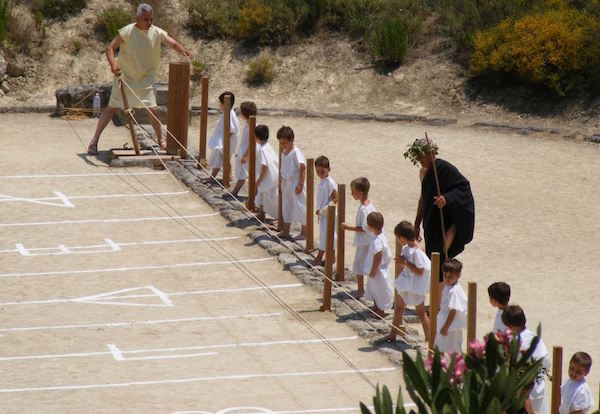 The games attract participants, age 5 and 89. The races, divided in age categories, include a 90-meter sprint on a straight dirt course at a 2,300-year-old stadium and 7.5-kilometer run through fabled olive groves and vineyards in the area, where according to the ancient Greek mythology Hercules slayed a fearsome lion.
The Nemean Games were revived by an American archaeologist who first came to Nemea in southern Greece in 1973. Near the southern city of Corinth, Nemea hosts the 2,300-year-old Temple of Zeus, next to the track and a museum built at the site.