FYROM Wants to Find Solution in Name Dispute With Greece 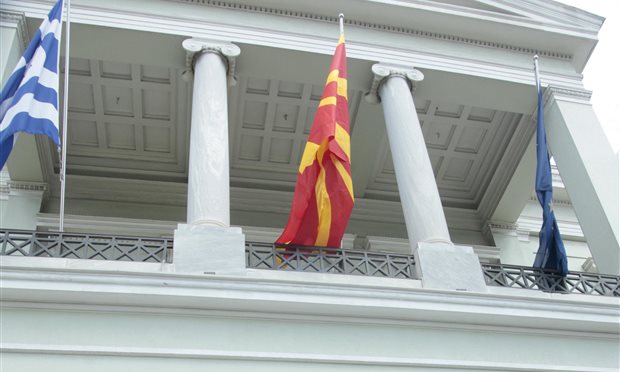 Macedonian Defense Minister Zoran Jolevski said that the Former Yugoslav Republic of Macedonia (FYROM) is “committed” to finding a mutually acceptable solution for the long-running name dispute with Greece. In Washington, Jolevski took part in the NATO conference titled “The Future of NATO Enlargement and New Frontiers in European Security.” He referred to Greece in his address during the third panel of the meeting titled “Future of Expansions: Are NATO’s Doors Still Open?”
He referred to NATO as a “two-way street” stating that though FYROM’s support of NATO’s efforts to establish peace and security in the region, the country’s military gained greater experience. “That was shown during the tackling of the migrant crisis,” he said, adding that over the past two decades FYROM has become a contributor to world peace and stability. He said his country has shown that its soldiers are fighting side by side with the remaining troops for the alliance for shared values and can be relied upon.