GRNews
GreekReporter.comGreek NewsArchaeologyPalace of Nestor in the Peloponnese Reopens After Three Years of Restoration 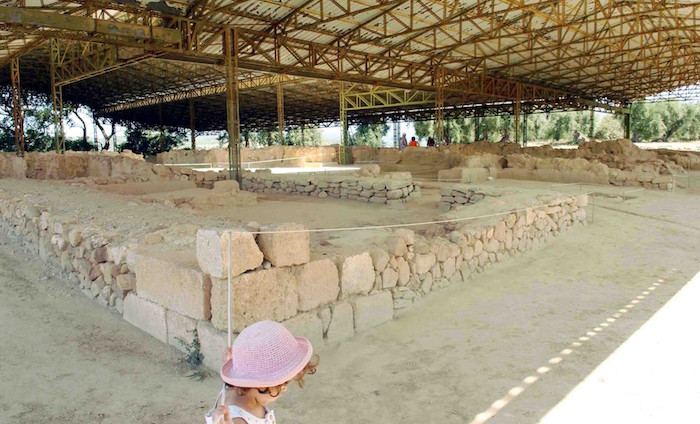 The mythical Palace of Nestor, considered to be the best example of a well-preserved Mycenaean palace in all of Greece, is reopening to visitors on June 12, after a three-year 2.5-million-euro restoration, the culture ministry announced on Tuesday.
Lying some four kilometers south of the village of Chora on the hill of Epano Eglianos and 15 kilometers from modern Pylos, the settlement was discovered in 1939 by the American archaeologist Carl W. Blegen from the University of Cincinnati who cooperated with Greek archaeologist Konstantinos Kourouniotis.
The palace, built by King Nestor, son of Neleus, in the late Bronze Age, consists of 105 ground floor apartments, one of which has the big “throne room” with a circular clay heath and niches with numerous storage jars. It also had workshops, baths, light wells, reception rooms and a sewage system, while the walls were decorated with frescos.
Nestor himself is mentioned several times by Homer in his epic poems and is said to have participated in the Trojan War. The numerous findings brought to light by the excavations also include approximately 1,250 clay tablets written in Linear B. The site was closed for restoration in May 2013.
Culture Minister Aristidis Baltas will lead the opening ceremony which will be followed by a tour of the archaeological site and a reception in the area surrounding the museum. The event will be open for the public.
“The restored archaeological site … integrates new navigation infrastructure, making use of new information and communication technology and providing convenient access to all audiences,” the ministry said in a press release, adding that a new roof has been added to protect the palace.
(source: ana-mpa)