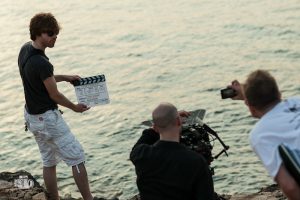 It is no secret in Greece that the country has missed out on millions of euros from potential film productions in the country. Even the evening news commented on the recent story, when just last year plans to shoot the latest Bourne film in Athens were canceled and the film was eventually shot on a set of Athens in the Canary Islands, complete with anti-austerity demonstrations, and thousands of extras making some decent money during the shoot. The reason for abandoning the project being filmed in Greece was the same reason as numerous other film projects have given: an unfriendly government environment with impossible bureaucracy blocking the process.
Filming in Greece has been a hot topic of discussion for years as a means to help the debt-stricken country capitalize on its natural beauty and allure. However, all of the governments talk of creating a commission to help bring and coordinate film making to the country has fallen silent and resulted in nothing being done, until now.
The Greek Culture Minister, Aristides Baltas, recently told a local Athens radio station that the government has committed to creating a commission similar to film organizations in other EU countries, and plans to release details as early as next month.
“They have this in all countries and we will launch one as well,” he said, as he added that one of the main complications that discourages foreign film producers from filming in Greece is bureaucratic problems in the country, which eventually leads them to go elsewhere.
During the radio interview, Baltas said that the new commission would inform foreign producers on all issues involving taxes and regulations. However, at this time there is no word on whether Greece will join other EU countries, as well as countries around the world by offering tax incentive programs such as VAT tax exclusion, in order to better attract the film industry to Greece.