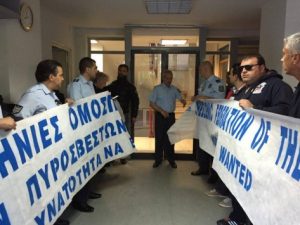 15 uniformed officials, mainly police officers belonging to the Hellenic Federation of the Police (POASY) and unionists from the Greek Coast Guard and Fire Brigade, gathered at the central offices of the ruling Radical Left Coalition (SYRIZA) party in central Athens. Holding banners, they occupied the building to protest against pension reforms, ahead of a parliamentary debate that overhauls the Greek social security and tax system on Saturday and Sunday.
In a strongly-worded letter outlining their demands they state: 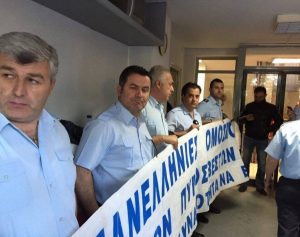 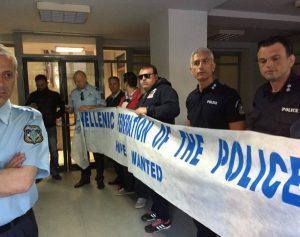