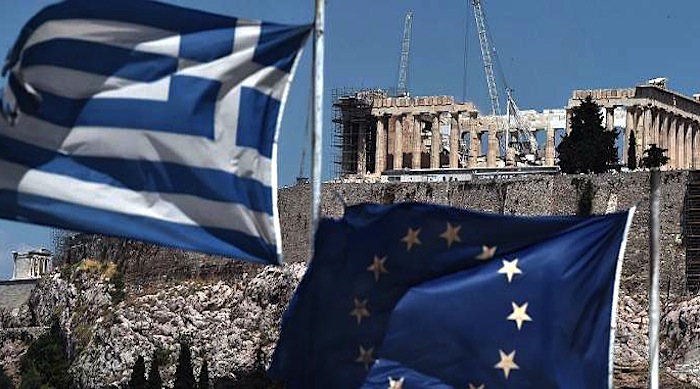 The addition of contingency measures worth 2.7 billion euros creditors require of Greece puts a new hurdle in the bailout review talks, despite the fact there was significant convergence on Thursday.
Greece’s lenders have asked for the measures to be adopted now as a precaution but implemented only if it is necessary and up to 2018. The suggested measures will be enacted in the case fiscal targets are not met.
The talks between the Greek ministers of finance, economy and labor and the mission chiefs of the European Commission, European Central Bank, European Stability Mechanism and the International Monetary Fund on Thursday had the two sides coming closer to a draft level agreement. However, the contingency measures are still on the table and they will be discussed in today’s (Friday) meeting of euro zone finance ministers in Amsterdam.
The Greek side will try to tie the precautionary fiscal measures with the talks on debt easing, but at the moment it is not certain if creditors want to discuss debt easing before the closing of the bailout program review.
Regarding the issues in which there are differences between the two sides, Labor Minister Giorgos Katrougalos said there is only a 70-million-euro gap on pensions that will be covered by further cuts on supplementary pensions.
On the bad loans issue, the government will allow all loans, performing and non performing, to be available for sale to distress funds. The only exception is primary residence mortgages that will be protected until the end of 2017.
The income tax issue remains open. Lenders insist that tax exempt incomes should be below 8,182 euros while the Greek side proposes the threshold to be at 9,091 euros.
According to a source close to the negotiations, the convergence doesn’t mean the two sides are close to a staff level agreement. However, creditors expressed optimism that the evaluation will be completed, without committing to a date.

The Greek Ghost Village of Epirus that Resisted Tyranny

Thailand: Dozens Killed, Including 23 Children in Attack at Nursery