Pope Francis' Touching Moments During his Visit to Lesvos (video) 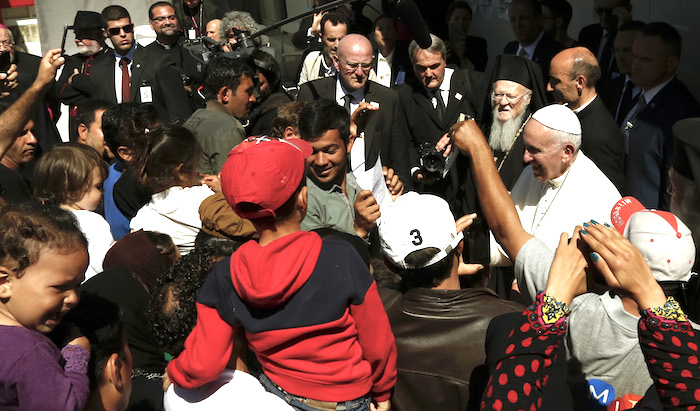 “The Greek people are responding with great generosity to the needs of the refugees, even though it is going through a tough period,” highlighted Pope Francis, after his visit to the hotspot of Moria, in Lesvos.
“We came here to draw the people’s attention in this serious humanitarian crisis. We are here to call for help in order to find a solution,” he added.
“You are not alone,” said Pope Francis’ to the refugees that he met in the courtyard of the Moria refugee center. He also asked them to “not lose hope”.
“You have been through a lot of hardships in search of a better life. You have made a lot of sacrifices. I came her to stand by you and to hear your stories. […] We came here to unite our voices with your voices,” he added. 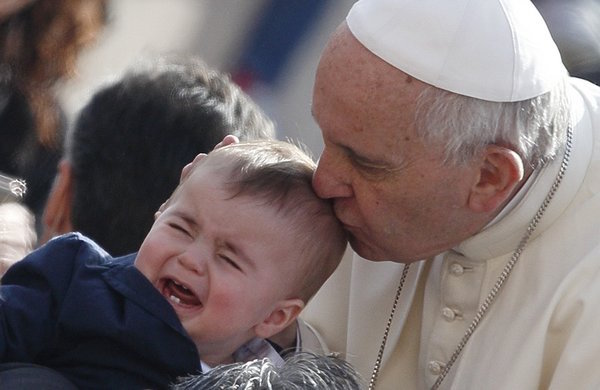 The Ecumenical Patriarch Bartholomew and Greece’s Archibishop Ieronymos accompanied Pope Francis on his visit to the hotspot in Moria.
Unaccompanied women with children in their arms were extending their hands in an effort to shake hands with the three religious leaders. One refugee approached the Pope with tears and bowed in front of him and asked for his blessing. In an intimate moment, both the Pope and the Ecumenical Patriarch took a baby in their arms.
Tsipras: Greece is continuing to set an example for humanity
The Prime Minister characterized today’s visit as a “significant initiative in a critical moment”, during his meeting with the Ecumenical Patriarch and the Archibishop, in order, as he said, “to feature the great humanity that Lesvos has shown, during hard moments.”
Tsipras highlighted that Greeks possess human values of solidarity, when others, as he said, in the name of Christianity, dealt with the refugees by raising walls, fences and violence. 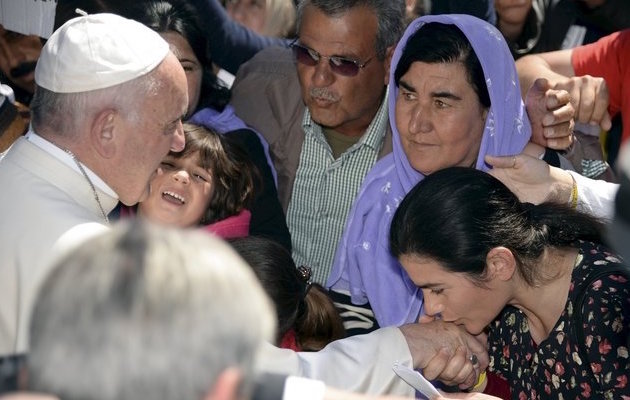 In the short dialogue that they had in front of the cameras, the PM highlighted that the important thing with today’s effort and their presence, along with Pope Francis’s visit, is they are sending a message that surpasses the Greek and European borders.
“This very important for Greece as well as for the refugee crisis,” he noted. After mentioning that in Greece there are currently about 50,000 refugees and migrants, the Prime Minister highlighted that “despite difficulties, we are trying to create humane living conditions.” 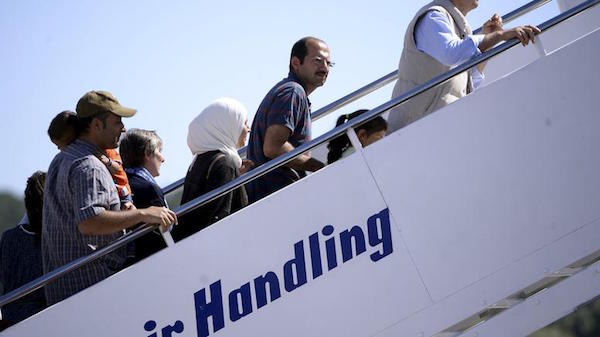 After the Moria camp visit, the three religious leaders visited the island’s port, where they held a moment of silence for the refugees and migrants who lost their lives, in their efforts to reach the Greek islands. The three leaders also threw some flowers in the sea, in memory of the refugees and migrants who perished in the Aegean.
Several moments later, Pope Francis had a private meeting with Prime Minister Alexis Tsipras. After the meeting, the PM escorted the Pope unto the ladder of his plane.
In a symbolic gesture, the Pope finished his tour in Lesvos by taking three Syrian families (12 refugees) with him back to Rome.