A New Revolution in Cyprus; Thought of the Day 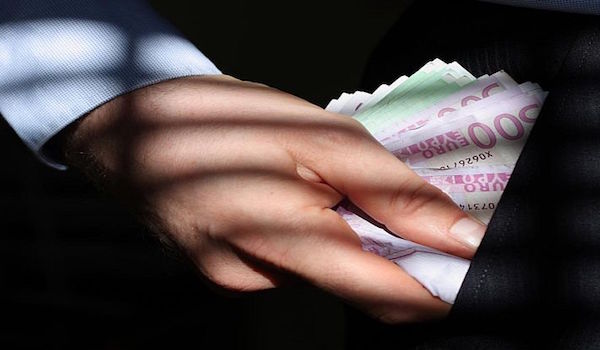 I have never and I mean NEVER in my life heard such revelations and so passionately presented in public on national television. No politician, President, (past or present), or any Kommatarchis (political party leader) — or half-baked ministers and other “pillars of society” — have had the decency and courage to stand up against corruption in Cyprus; they offer rhetoric but no action!
The Cyprus corruption has been bred and practiced by an elite corrupt system for years by individuals and corporations as long as their families, friends and relatives benefited on the misery of others and the country; they did not give a damn about anyone else except their own greed.
A Revolution of the Minds has finally begun! This Revolution has deep-rooted itself to shake up the foundations of corruption and a deplorable cancerous virus and a system that has ruined the island. No one in the past dared to bite the hand that feeds it.
I am speaking about a knight in shining armor, Mr. Phedonos and Mayor of Paphos who speaks out against injustice, fraud and corruption but actually does something about it at the risk of his life.
Recently he spoke on television, naming people and companies reaping millions millions off his city for years, while no one did anything about it. Officials, political parties, the police, previous mayors, politicians and some city hall employees especially in the planning department as well as some dishonorable public servants covered everything up. Some of the accused are now locked up or are awaiting trial because of Mr. Phedonas Phedonos’ actions and there are many more on their way to join their friends. That’s great news for justice and society at large.
Since elected into office as an independent, (his own political party did not offer its support) prosecutions backed up with evidence against corrupt officials has been welcome as a breath of fresh air in a land where no high-ranking officials are ever prosecuted. Never in the history of this island did anyone dare to speak out against Cyprus’ corrupt system and culture.
Justice has finally come out of hibernation because of men like the Mayor of Paphos Mr. Phedonos and others like him that are in a position of influence, the more citizens speak out against injustice the greater the chances of success of this new Revolution of the Mind in Cyprus.