GRNews
GreekReporter.comGreek NewsArchaeologyPergamon and the Hellenistic Kingdoms of the Ancient World

Pergamon and the Hellenistic Kingdoms of the Ancient World 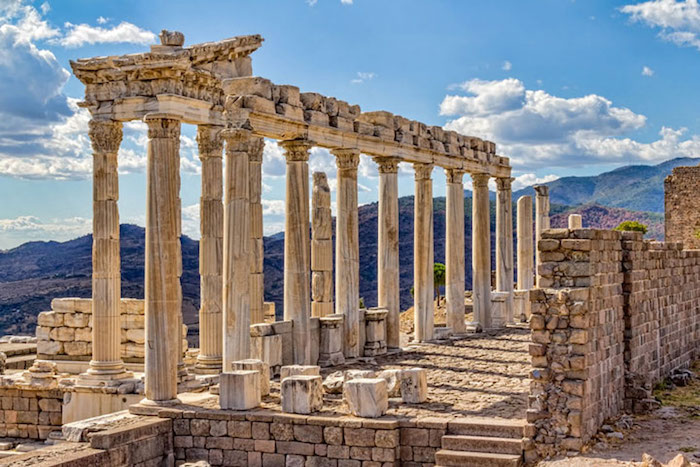 Alexander the Great, one of Greece’s most important historical figures as well as one of the most popular historical personalities in the world, has left a huge cultural heritage through his conquests. This spring, the Unites States will have the opportunity to host a major international exhibition that focuses on the wealth, outstanding and technical achievements of the Hellenistic period (323–30 B.C.)

The exhibition “Pergamon and the Hellenistic Kingdoms of the Ancient World” will open at the Metropolitan Museum of Art on April 18 until July 10 and will put on display more than 265 objects that were created through the patronage of the royal courts of the Hellenistic kingdoms, emphasizing on the ancient city of Pergamon.

The exhibition is made possible thanks to the Stavros Niarchos Foundation and Betsy and the Edward Cohen /Areté Foundation, with the support of Dorothy and Lewis B. Cullman, Renée Belfer, Diane Carol Brandt, Gilbert and Ildiko Butler, Mary and Michael Jaharis, and The Vlachos Family Fund.

The exhibition will represent a collaboration of The Met and the Pergamon Museum in Berlin, which provides one-third of the works on display. Additional prominent museums from Greece, the Republic of Italy, European countries, Morocco, Tunisia, and the United States will also be represented through objects that have never before left their museum collections.