GRNews
GreekReporter.comGreeceRefugee to Carry Olympic Torch to Camp in Greece

Refugee to Carry Olympic Torch to Camp in Greece 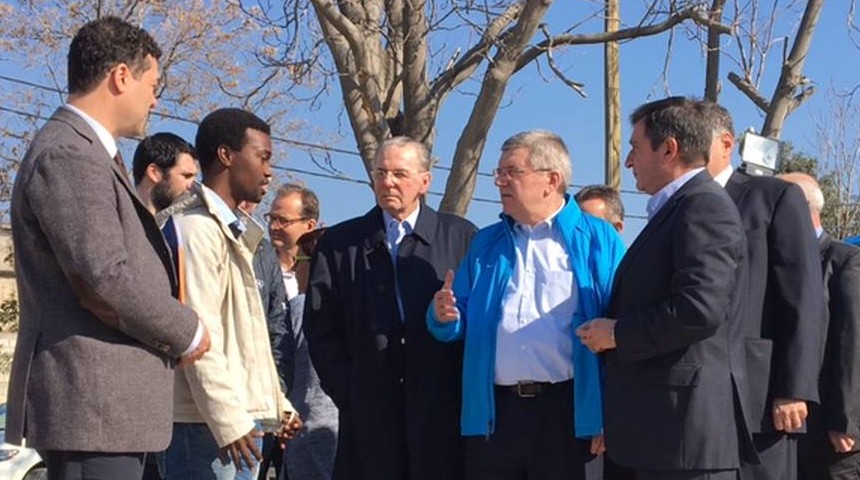 The torch relay for the Olympic Games in Rio de Janeiro will include a stop at a refugee camp in Athens, where a refugee will carry the torch.
International Olympic Committee (IOC) President Thomas Bach was in Athens on Thursday and announced that the relay would come to the reception center for refugees at Elaionas in Greece’s capital.
Furthermore, Bach said, a team of international refugee athletes would march behind the Olympic flag at the opening ceremony of the 2016 Games in Rio de Janeiro, Brazil.
Bach and IOC honorary president Jacques Rogge were invited by the Greek government, the Hellenic Olympic Committee (HOC) and Athens Mayor Giorgos Kaminis with the presence of the UNHCR to visit the open reception center for refugees at Elaionas.
The decision to have a refugee carry the Olympic torch and refugees to march behind the Olympic flag is to raise global awareness about the refugee crisis.
“We want to contribute with the values of sport. Sport can heal many wounds. Sport can bring them hope, can help to forge their ideas and to integrate in society,” Rogge said.
“Ultimately it brings them hope and dreams. Sport is not the solution but it can make a great contribution,” he added.