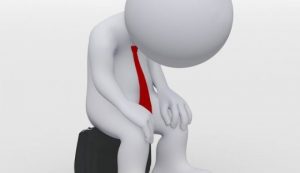 Out of sheer desperation for cash, but also as a display of its determination to go after tax debtors, the Greek Finance Ministry is preparing to levy bank accounts, wages and pensions, even for those who owe small amounts of back taxes but make over one thousand euros a month.
According to the terms and conditions of the third bailout agreement signed by Prime Minister Alexis Tsipras, the government can seize 50% of any amount above 1000 euros (but no more than 1500 euros) received either in wages or pensions by a taxpayer with outstanding tax payments. For sums above 1500 euros, the government can seize 100% of that amount.
In an effort to appease public indignation over perceived unfairness on the part of the government toward small debtors, the Finance Ministry said it will keep in place the existing law that prevents seizures of wages and pensions for taxpayers who owe back taxes but make less than 1000 euros a month.