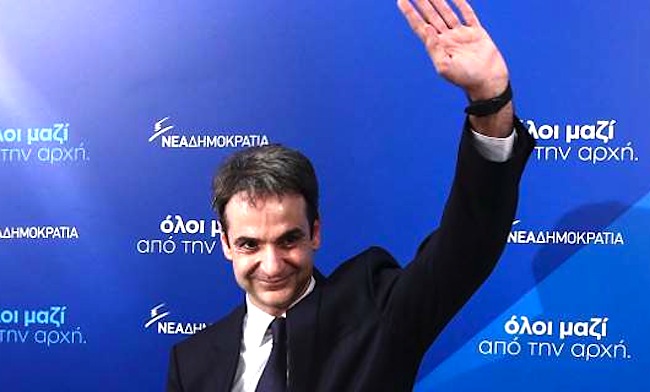 Kyriakos Mitsotakis was born in Athens in 1968, he is the son of former Prime Minister of Greece and honorary president of New Democracy Konstantinos Mitsotakis. He was only a few months old when his family moved in self-exile to Paris, as his father was a persona non grata for the military junta.
He returned when democracy was restored in 1974. In 1986 he left for the U.S.A. where he studied Social Studies at Harvard University. He graduated summa com laude in 1990. He was also honored with the Hoopes prize.
He worked as an economic analyst at Chase Manhattan Bank from 1990 to 1991 in London. He later returned to Greece and went to the Hellenic Air Force to do his military duty. After his service, he returned to the United States where he continued his studies at Stanford University from which received a Masters in the International Economic Plan. He continued his studies at Harvard where he received an MBA. 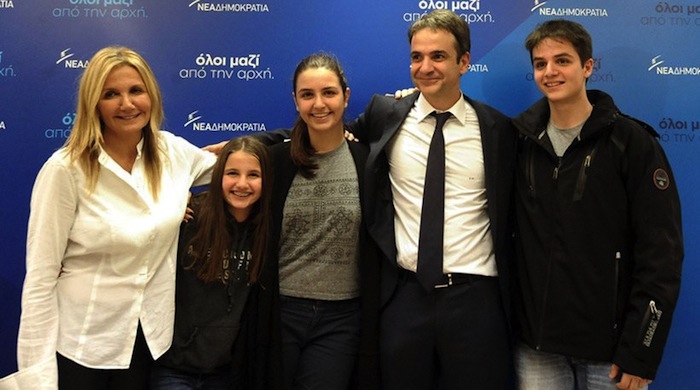 From 1995 to 1997, he worked for McKinsey & Company in London. He later returned to Greece where he worked at Alpha Ventures, a private equity subsidiary of Alpha Bank. He continued with the National Bank of Greece group, as Managing Director of NBG Venture Capital. From January 2000 to April 2003, he worked in the International Council at the National Enterprise Council.
He started his political career in the 2004 general elections, when he ran as an MP with New Democracy at Athens B constituency. He received more votes than any other New Democracy candidate in the country and was elected to parliament.
He was consistently elected to parliament in every election since. In June 2013, Mitsotakis was appointed as Minister of Administrative Reform and e-Governance of Greece with the Antonis Samaras government. After the January 10 election, he became the ninth New Democracy president.
Mitsotakis speaks English, French and German. He is married to Mareva Grabowski and they have three children, Sophia, Konstantinos and Daphne.