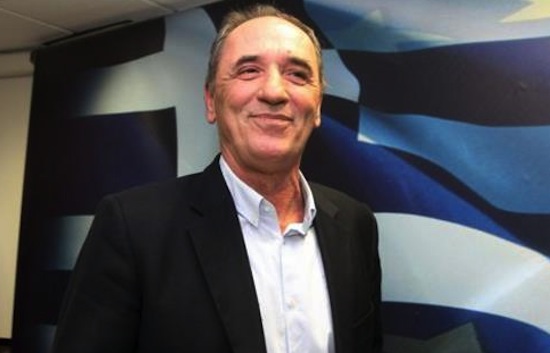 A new development law to be tabled to Parliament soon will include 3-4 basic principles, it will be simplified compared with a prevailing bureaucracy and will put an end to mistakes made in the past such as no safeguarding of funds and piling up state debts to private investors, Economy Minister George Stathakis said on Monday.
In a radio interview, Stathakis said a new development law will be simple, with adequate funds, it will focus on sectors with comparative advantage for Greece, such as a special categories of tourism, high technology, etc, offering all incentives – beyond the classic funding through subsidies – using other funding tools, it will focus on supporting youth business activity and small – and medium-sized enterprises and will offer incentives to attract foreign investments, creating a stable (but not reduced) tax status for seven years until completion of amortization.
Stathakis said the process was expected to be completed by the end of January. Commenting on public finances and a return to economic growth, the Greek minister said that better-than-expected performance as shown in the November increased revenues will allow Greece to limit an economic contraction far below 1.0 pct, from a 2.5 pct contraction estimate agreed with the country’s creditors. This development will pave the way for a faster return to positive growth rates in the first half of 2016, he added.
(Source: ANA-MPA)