Alternate Tourism Minister Kountoura in the U.S. for Meetings to Promote Greek Tourism 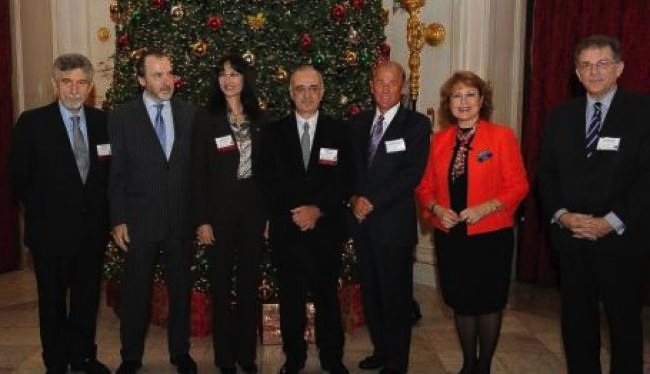 Greek Alternate Tourism Minister Elena Kountoura, during her visit to New York, met with Archbishop of America Dimitrios who referred to the importance of tourism for Greece and the country’s development. On her part, Kountoura thanked him for his significant support to promoting Greek tourism in the U.S. and the Greek Diaspora.

They also discussed the possibilities of increasing the flow of Greek-American tourists to Greece, the development of religious tourism and the contribution of the Archdiocese to the national strategy of the ministry to promote Greece as an important tourist Christian Center.
The Minister had separate meetings with Senators, leading investors, as well as presidents and representatives of organizations and associations, including the HABA (Hellenic American Bankers Association) and Hellenic Medical Society (for medical tourism).

Kountoura also met with major tour-operators, representatives of tourism companies and organizations based in the US, as well as American and Diaspora media for the promotion of Greek tourism.
(source: ana-mpa)