GRNews
GreekReporter.comGreek NewsEconomyGreek Crisis: The 5th Most Discussed Topic on Facebook in 2015

Greek Crisis: The 5th Most Discussed Topic on Facebook in 2015

The Greek financial crisis has not only been a major discussion topic in Greece, or Europe. According to Facebook’s yearly review on public opinions, Greece’s financial difficulties were being discussed by people across the world, bringing the topic in fifth place.
Facebook’s review was based on popularity, number of comments, shares and likes, thus creating a top ten list for the most discussed topics across the world for 2015.
Greek economic crisis was ranked fifth surpassing major events such as the attack on Charlie Hebdo, the protests in Baltimore and even the war against ISIS.
The United States elections, the terrorist attacks that took place in Paris on November 13, the refugee crisis and the earthquakes in Nepal took up the first places on the list, right before the Greek crisis. In fact, Facebook, even selected some of the posts that showed the highest percentages of interactivity between users. 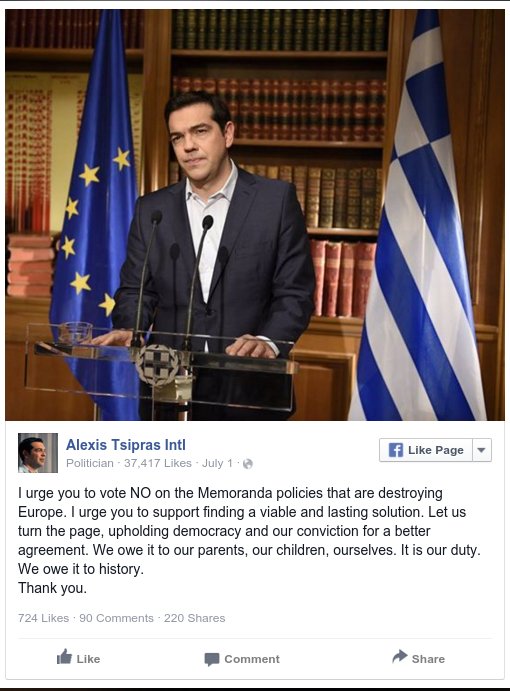