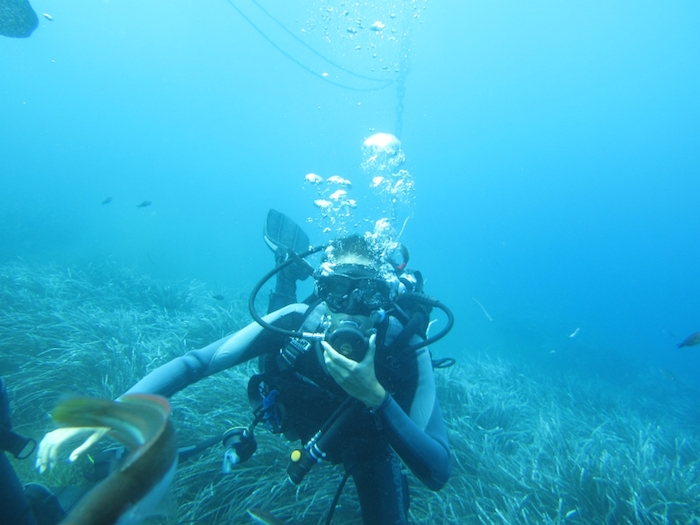 A unique ‘archaeological’ scuba park off Attica prefecture’s eastern coast — the southern Evoikos Gulf — will feature 26 well-preserved underwater shipwrecks. The initiative to showcase the underwater attractions is envisioned in an agreement reached on Wednesday between Attica Regional Authority governor Rena Dourou, Marathon Mayor Ilias Psinakis, Lavrio Mayor Dimitris Loukas and Culture Minister Aristidis Baltas.
According to a culture ministry announcement, the dive park aims to serve as an “underwater museum” and will have six visitable sites off the Evia island harbour of Styra, the Kavalliani – Almyropotamos cove area, the Petalioi islets, Akio islet and the Portolafia resort in southern Evia, along with sites further south, off Makronisos and the small Attica port of Lavrio.
A presentation of the planned project was held at the Attica region’s offices, which outlined the work launched by the Underwater Antiquities Ephorate in 2006 to explore and chart the ancient and Byzantine-era shipwrecks located in the seas around the greater Athens area and southern Evia, from the rock islet of Kavalliani to Cape Kafireas (Cavo D’Oro) and Cape Sounio.
A total of 19 underwater archaeological sites with 26 shipwrecks have been identified, while the search for more important shipwrecks is continuing.
(Source: ANA-MPA)