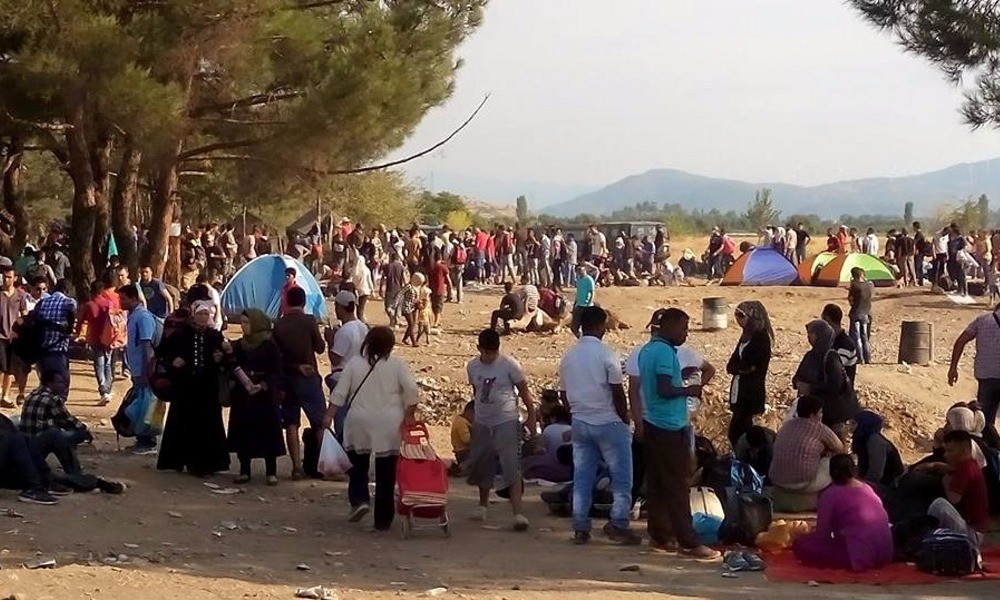 The Greek government has chosen seven vacant army camps in Thessaloniki to accommodate migrants in order to ease the overcrowded crossing at the Greece-FYROM border.
The camps are under renovation by the army and local authorities in order to temporarily accommodate migrants who are stranded on the border between Greece and the Former Yugoslav Republic of Macedonia. The neighboring country is refusing to allow the migrants who don’t qualify for refugee status and want to cross to western Europe through FYROM.
At least 1,500 migrants protest by blocking the railway lines to and from FYROM since November 18, causing serious financial damages to Greece’s TRAINOSE railways. They also have become a burden on the nearby Idomeni village as some of them have resorted to stealing and looting.
The camps will be staffed by non-government volunteer organizations coordinated by local municipalities. “We are in an emergency situation,” said Thessaloniki Mayor Yiannis Boutaris. “We arrived at this decision so that we do not find ourselves having to deal with an out-of-control situation if people are returned from Idomeni or start disembarking at Thessaloniki port.”
2,276 refugees arrive at Piraeus Port on Tuesday
Another major arrival of refugees from the Aegean islands to Greece’s mainland took place on Tuesday as a total of 2,276 disembarked at Piraeus Port.
“Blue Star 1” carried 1,231 refugees from Lesvos and Chios, and “Nisos Rhodos” carried another 1,045 refugees from the two islands.