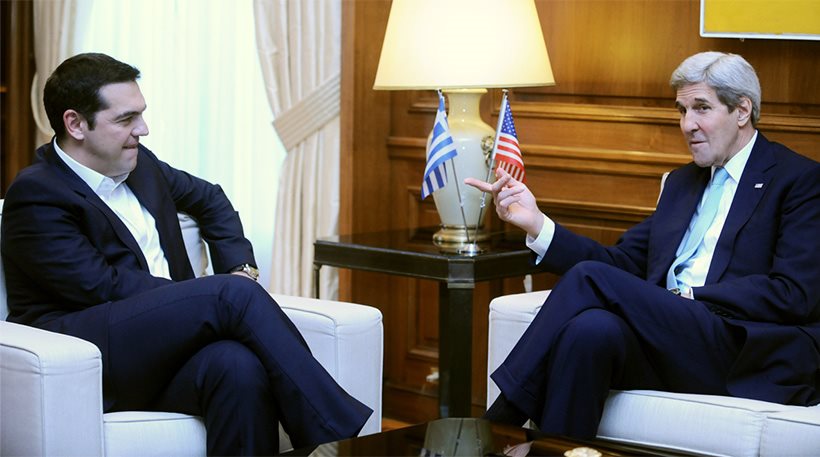 Secretary of State John Kerry told Greek Prime Minister Alexis Tsipras that the United States wants to help Greece come out of the economic crisis.
“I appreciate the way in which you have been approaching the economic reform effort and the challenges of the debt,” Kerry told Tsipras at the beginning of their meeting at Maximos Mansion. “It’s not easy, and we want to try to be as helpful as we can to see Greece come out of this,” he said.
The Greek prime minister welcomed the U.S. official and thanked him for coming to Greece “during this critical time for the region” when there are “threats to the stability in the wider region.”
Tsipras said, “I want to show you that Greece remains a [field] of stability in the region… Besides, we are counting on the historical bonds with neighboring countries and this is very important in order to find ways and to solve the problems and overcome the difficulties in the wider region.”
Before the meeting with the prime minister the U.S. State Secretary visited the non-profit organization Melissa, a group of people who deal with immigration policy issues and provide aid to migrants and refugees and help them integrate in Greek society.