At first sight it may remind you of Plaka in Athens but do not let that look fool you. It may even provoke the same pride and guarantee a favorable response to the same past glory questions, but a secret is well guarded in its “hug.” This prestigious port town, just a two-hour drive from Athens, magically floats above Argolic Gulf’s refreshing waters, anchored in deep Greek history as it was the first capital of the newly born Greek state.
Nestled under cliffs and crowned by floodlit medieval fortresses, Nafplio did not let its glory fade and the small island fortress, called the Bourtzi, is the indisputable proof. Except from magic Venetian buildings and palm tree waterfronts, one can explore little treasures walking its narrow and atmospheric back streets, or just feel the beneficial effects of the sea on marvelous beaches just ten minutes away.
This fall visit Nafplio and take full advantage of it, using it as a starting point for short but inspired getaways to the ancient sites of Argos, Corinth, Epidaurus, Mycenae and Nemea.
Listen To… Its…Heart 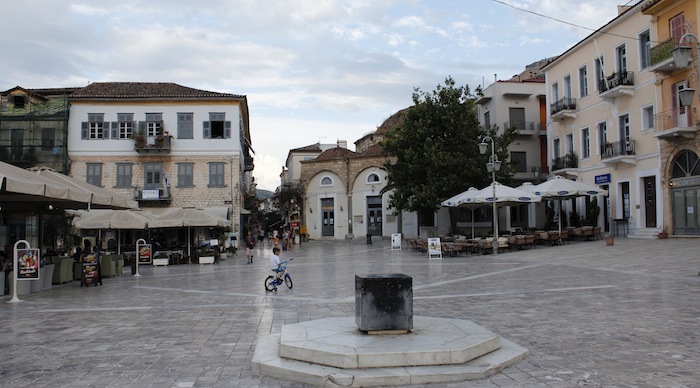 Syntagma (Constitution) Square, located at the center of Nafplio, is embellished with impressive neoclassical buildings stacked on polished marble that reflect both the sunlight and streetlights. In Syntagma Square, one can visit the Archaeological Museum, built in 1713 as a Venetian arsenal, Trianon, a mosque probably built in the late 1500’s, the local theater and the National Bank Of Greece building, dating from 1930, built in the so-called “New Mycenaean” style. 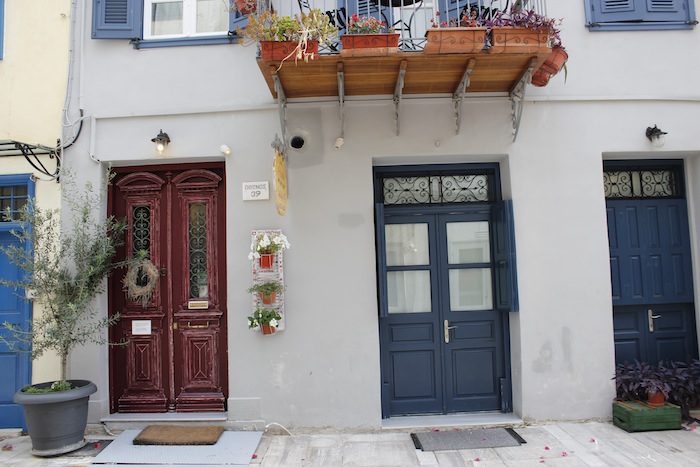 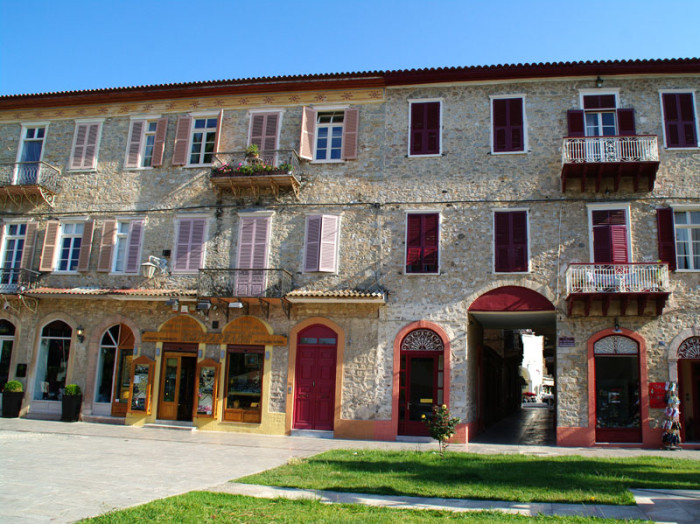 Platia Trion Navarchon (The Three Admirals’ Square) was designed by Stamatis Voulgaris and named after British Codrington, French DeRigny and Russian Heyden, the three admirals who fought and finally won during the battle of Navarino in 1827. One of the most important neoclassical buildings in the square is the Italian Bonifatsio Bonafin, where the first Greek governor’s corpse was embalmed, after he was murdered outside the Agios Spyridon church in 1831. 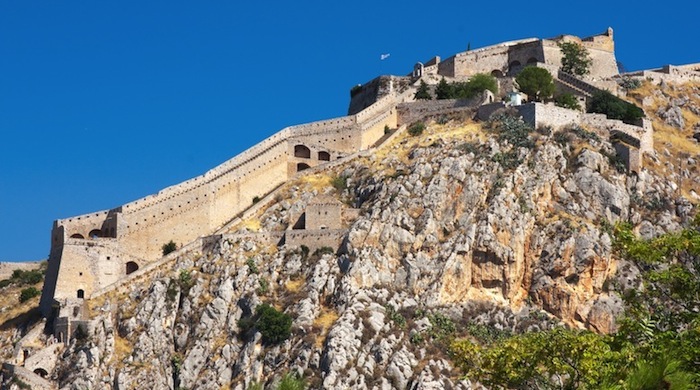 The impressive Palamidi Fortress was built between 1711 and 1714 by the Venetians. In a way the fortress seems almost to be floating on a steep hill. Follow the approximately 857 steps and enjoy a view of unparalleled beauty of the city and the Argolic Gulf. Also make a visit to the freedom fighter Kolokotronis’ jail cell while there.

Fortress Around Your Heart 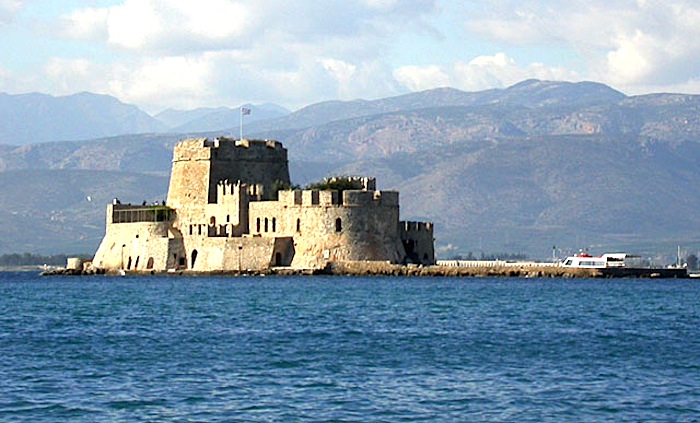 Enjoy a short boat ride to the small Bourtzi Fortress built by Venetians in 1471. Although it originally consisted a part of the city’s defenses, between 1865 and 1935 Bourtzi became the executioner’s residence. Today it hosts superb Nafplio views under the musical tones of local and international artists performing at its annual festival of folk music.

Visit one of the many Museums 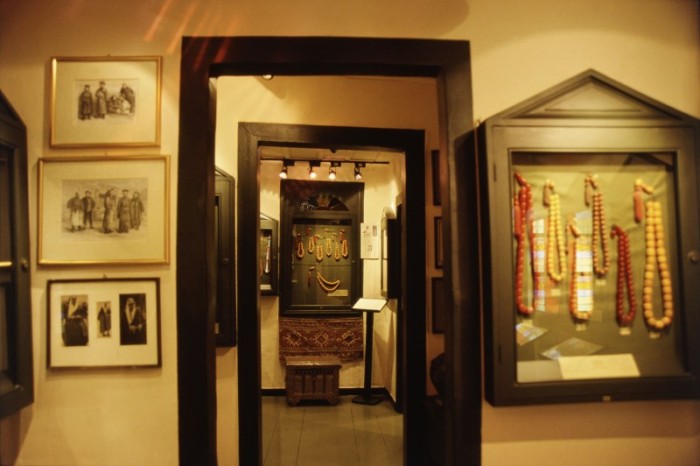 The Archaeological Museum was a Venetian arsenal in the past. The Folklore Museum displays costumes, furniture, musical instruments, jewelry and tools, and the War Museum weapons, uniforms, pictures and texts from the area’s recent war history. As for the Komboloi Museum, it is known for its wide range of wonderful kombolois, Greek “worry” beads. Don’t miss out Karoni’s Distillery Museum to admire exhibits dating from 1880 until the present day.

Dating back to 1841 and sculpted by German Kristian Ziegal, the impressive monument, called “The Lion of Bavaria,” was commissioned by the father of Greece’s first king, Otto of Bavaria, in memory of the soldiers who had died of a typhus epidemic in the town during the period of 1833 to 1834.
Prehistoric Treasure Hunting 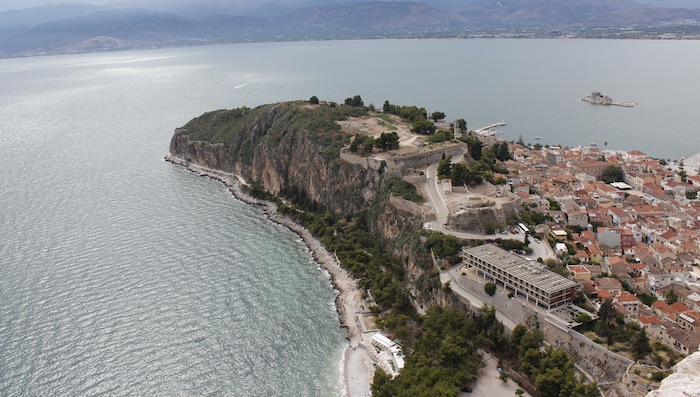 At the foot of Palamidi hill, visitors can find the remains of the town’s ancient acropolis. Akronafplia, as it is now called, was inhabited since prehistoric times, consisting of three levels and hosting three independent castles, the oldest of which is the western one.
Take a Dip in the Sea 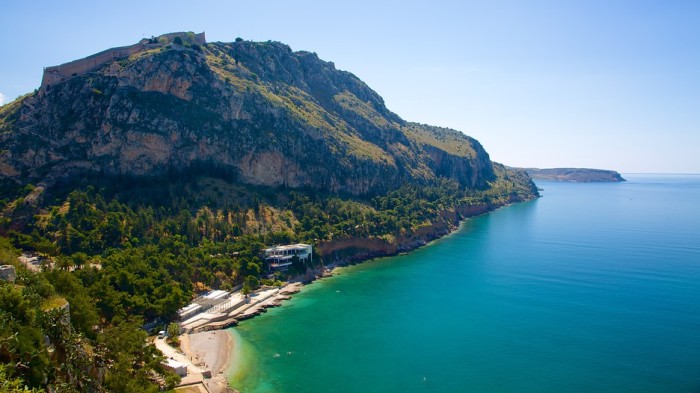 Take a revitalizing swim in some of the town’s undeniable hotspots. Choose between Arvanitia, the pebble beach with unparalleled views to Akronafplia Castle, Palamidi Castle and the Argolic Gulf, Karathonas beach, Nafplio’s “landmark” treasure beside Palamidi Hill, Nea Kios with the small rocks where you’ll find umbrellas and some good fish taverns, the earthly paradise with the small harbor in-between, Miloi and the well-hidden beauty secret in the last village on the southwestern coast of Argolis, 16 km from Nafplio which is called Kiveri. You can also visit Psili Ammos, a beautiful beach offering all kinds of facilities in Tolo, just 15 minutes away from the town.
Where to stay 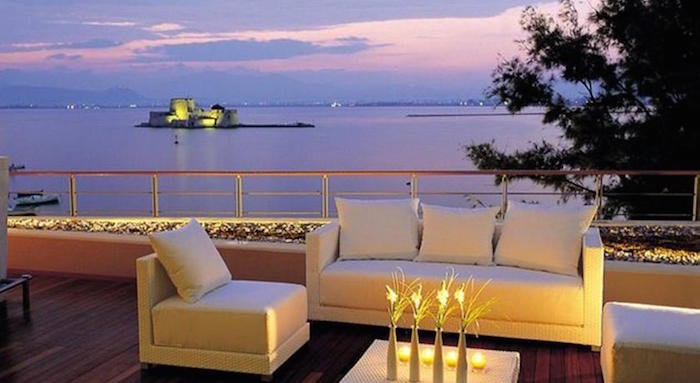 While in Nafplio, Greece, visitors can enjoy their stay at Amphitryon Hotel, an elegantly redesigned, contemporary boutique hotel that has accommodated numerous famous visitors from across the world over the last decades. Furthermore, tourists in Nafplion can also stay at Nafplia Palace Hotel and Villas, a modern luxurious hotel that embraces ancient history, with views over the Bay of Argolis, the old town of Nafplion and nestling under the ancient walls of Palamidi.
Info
Amphitryon Hotel
Spiliadou St., 21100, Nafplion, Peloponnese, Greece
Tel: +30 27520 70700
Email: [email protected]
Nafplia Palace Hotel and Villas
Tel:  +30 27520 70800
Akronafplia, 21100, Nafplion, Peloponnese, Greece
Email: [email protected]

Iris, the Greek Goddess of the Rainbow