GRNews
GreekReporter.comGreek NewsEconomyPresident of Republic: No Surplus of Public Sector Employees in Greece

President of Republic: No Surplus of Public Sector Employees in Greece 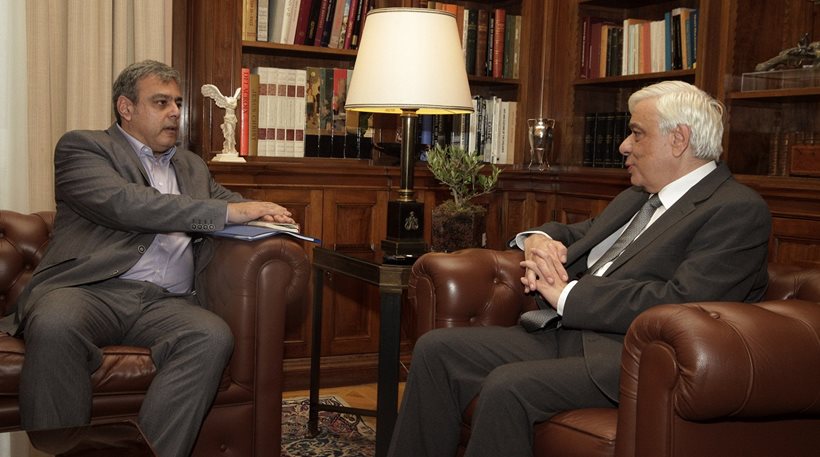 President of the Hellenic Republic Prokopis Pavlopoulos said that there is no surplus of public sector employees in Greece and that there are shortages in some areas.
The Greek president and Deputy Minister of Administrative Reform Christoforos Vernardakis had a conversation in front of reporters at the presidential mansion.
Pavlopoulos said that contrary to popular belief, public employees in Greece are not that many, and in fact they are proportionally less than in other European Union countries. Also their number has decreased since the economic crisis hit Greece.
However, he noted, they are not properly allocated and there are more in some services while in other services there are shortages.
The problem of shortages can be resolved after the transfer system is reformed. Also, he said, after the evaluation process is completed, the allocations will be more systematic and effective.
Pavlopoulos urged reporters to be careful in publishing false information about surplus employees in the public sector who do nothing. He also praised the quality and dedication of public sector employees.
The president stressed the importance of a placement and evaluation system so that each employee can perform best by being placed in the appropriate position. He said that the lack of an evaluation system in the past has created problems in public administration.