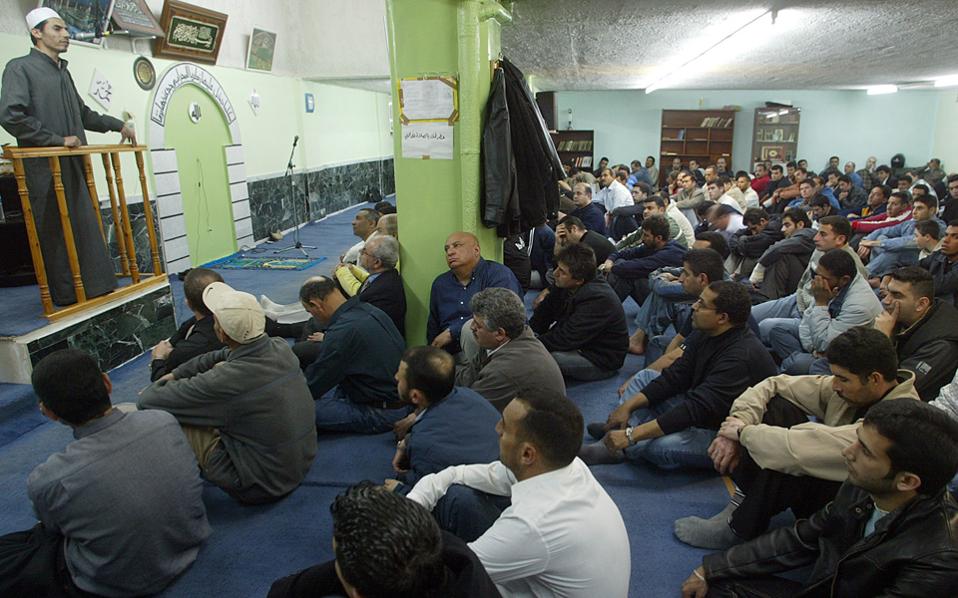 Three mosques are operating legally in Athens at the moment after getting licenses in the past two years, and many more illegally according to a Kathimerini report.
The Hamza mosque at the Victoria Square area started operating in the summer offering a house of prayer mainly to migrants from Bangladesh. Chelal Chelal from Bangladesh, who is in charge of the mosque, lives in Greece for twenty years now and knows the legal framework for operating the mosque.
Another mosque for Greek Muslims operates in Piraeus and another one for Pakistanis at a west Athens neighborhood. Both mosques received legal licenses in 2014 and 2015 according to the constitutional framework.
Τhere are several mosques operating illegally in Athens that service a Muslim population estimated between 130,000 and 200,000. It is estimated that there are around 25 spread in many Athens areas. The founders of illegal mosques follow the strategy of establishing and operating the mosque first, and applying for a license later. There are several places of worship that operate and have already started procedures to become legal.
However, in light of the bloody Islamic State hits in Paris on November 13 and the warnings for new attacks in Europe and the U.S., France decided to shut down places where the Muslim priests preached politics and sent fundamentalist Islamic messages against the West.
In Greece, authorities have no way of monitoring or knowing what is being preached inside the mosques. The only people who can inform authorities of the content of the preachings are the operators themselves.
The report cites a Greek Police official on condition of anonymity who claims that preachers disseminating extreme positions in relation to Islam has nothing to do with the mosques.
“We have noticed that those recruited by the Islamic State are not always pious Muslims, but people with other characteristics: no job, not many friends, with family and psychological problems, delinquents or substance-depended. Those are no longer to be found in the mosque. The problem is not the preachers who are legally bonded, but ‘guests’ who come for a few sermons only,” the police official said.