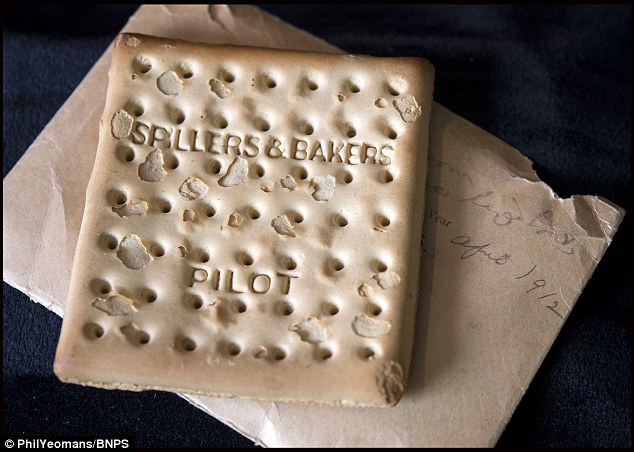 A cracker that survived the sinking of the Titanic was sold for approximately 20,000 euros to a collector from Greece, according to a Daily Mail report.

Henry Aldridge & Son auction in Wiltshire sold the cracker, with Andrew Aldridge saying: “It’s the world’s most valuable biscuit.” Now it belongs to a Greek collector.

The biscuit belonged to a survival kit in one of the ocean liner’s lifeboat. It was the property of James Fenwick, a passenger of the SS Carpathia who volunteered to rush to the aid of the survivors of the sinking ship. Fenwick kept the cracker as a souvenir.

He put the snack in a Kodak photographic envelope and wrote a note which stated ‘Pilot biscuit from Titanic lifeboat April 1912’.

The auctioneer told the Daily Mail: “It is incredible that this biscuit has survived such a dramatic event – the sinking of the world’s largest ocean liner – costing 1,500 lives.”

The Titanic sank during its maiden voyage to New York from Southampton after the supposedly ‘unsinkable’ ship struck an iceberg on April 14, 1912. The ship sank at around 02:20 on April 15.