TechNews
GreekReporter.com Greece Greece Agrees to Accommodate 50,000 Refugees But Not in Single Camp

Greece Agrees to Accommodate 50,000 Refugees But Not in Single Camp 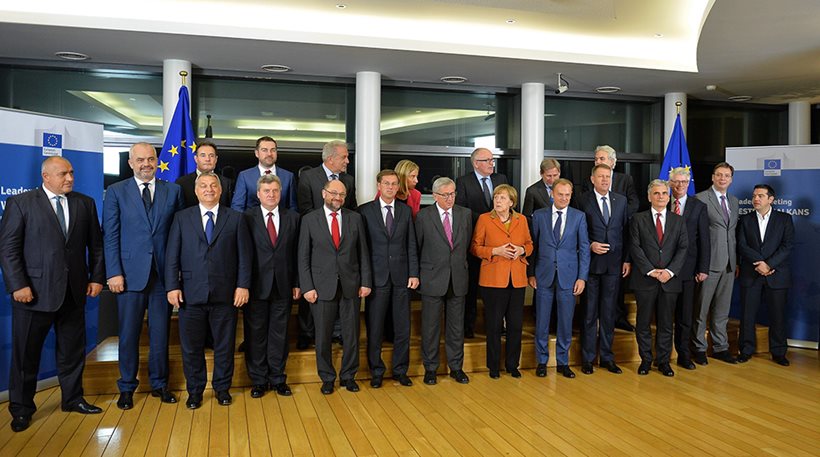 Greece agreed to accommodate 50,000 asylum seekers but not in a single refugee camp as originally proposed by the European Union, Prime Minister Alexis Tsipras said.
The decision was taken after an emergency mini-summit on the migrant crisis in Brussels on Sunday. Greece had to reject three proposals by European partners before the decision was taken.
Specifically, the EU had proposed the creation of a refugee city with a 50,000 capacity. The second proposal was that a EU country to have the right to bar entry to refugees from another EU member state.  The third was the establishment of a new operation by EU border police Frontex in northern Greece to check migratory flows towards the Former Yugoslav Republic of Macedonia (FYROM).
The Greek prime minister spoke after the summit and expressed his satisfaction that none of the three proposals was accepted by Athens. Instead of having a “ghetto” of 50,000 people, as Tsipras said, 30,000 of the refugees will be accommodated in various hospitality camps around Greece, with 7,000 in the islands and 23,000 in the mainland. The remaining 20,000 will be given rent subsidies by the United Nations High Commissioner for Refugees. This way they will be integrated in Greek society, the prime minister said.
On the second proposal, Greece’s counter-proposal was that the EU notifies the country of passage on the number of refugees it is responsible to take.
On the third proposal, Tsipras said that the guarding of borders is exclusively the responsibility of a nation; the only contribution Frontex could provide, he said, would be to register or identify those refugees who had not been processed at points of entry on the Greek islands. He estimated that these cases would be very few, since most refugees on islands request registration.
The European Commission said in an official statement, “We welcome the intention of Greece to increase the reception capacity to 50,000 places, with the support of UNHCR, before the end of the year.”
The EU would provide funding to both Greece and the UNHCR to aid with the resettlement process. Frontex would help Greece with registration, they said, while calling for an upgrade to the joint operation system Poseidon to include Frontex at the Aegean Sea. The leaders also promoted the immediate creation of bilateral confidence-building measures between Greece and FYROM, where the UNHCR should also help with more staff, while they called on Greece, FYROM and Albania to strengthen their management of external land borders.
The Greek prime minister also spoke of the role of Turkey in terms of refugee flows, saying that collaboration with the neighboring country would help reduce the flows. Greek and Turkish port authorities and coast guards should work closely together, although each country is responsible for guarding its own territorial waters. The EC will present specific proposals to Turkey soon, Tsipras said, which creates the hope for a decisive resolution of refugee flows.

Anna Diamantopoulou, the first Greek female on the shortlist to lead the the OECD, announced on Monday she is withdrawing from the race.
Greece

Greece announced that it will offer cash assistance to the families in the region of Elassona whose properties were damaged by the earthquake.
Culture