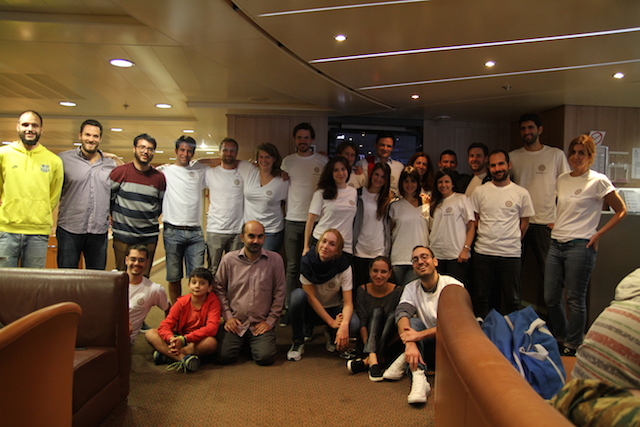 Since January 1, 2015 some 710,000 migrants and refugees have arrived in Europe, according to Frontex. The vast majority come from the war-torn regions of Syria, Iraq and Afghanistan.
While Frontex estimates that 350,000 of them have entered through Greece, the United Nations High Commissioner for Refugees claimed, October 11 that almost 450,000 seaborne migrants and refugees have arrived in Greece.
Amid this crisis, Paula Schwarz, who hails from both Germany and Greece, launched an international initiative named Startupboat to provide solutions for refugees.
The organization is composed of an international group of people with diverse professional backgrounds aiming to define social challenges in relation to migration and ultimately provide solutions to the Refugee Crisis.
The Startupboat initiative is cooperating with the Migration Hub, another effort launched by Schwarz, that aims to connect entrepreneurs, activists and migrants located in specific locations. The Migration Hub centers established in Brussels and Athens have staff and volunteers that work with consultants to find solutions to the migrant influx.
Schwarz felt is was important to apply her know how to tackle the ongoing refugee crisis.
In regards to StartupBoat Schwarz said “It was my way of bringing the people into the country who posses a lot of know-how, who are in an alternate setting. They have their minds free to work on solutions, and that has proved to be very effective,” she said.
Members of StartupBoat have so far made two separate trips to two Greek Islands, Samos and Lesvos, both of which have seen a significant migrant and refugee influx in the past few months.
The first mission Startupboat embarked on was to the East Aegean island of Samos. Greek journalist Dimitris Pogkas, who joined the first trip as a volunteer and helped organize the second trip, noted that 15 Germans and five Greeks from the corporate, art and startup world participated in the Samos trip with employees of Facebook and Lufthansa among them.
“We spoke with refugees on the island. We helped by providing food, we transported a lot of them to the police station so they can follow the legal process of registration. The rest of the time we brainstormed and developed a few results using technology,” he said.
What culminated from these efforts was First-Contact, a database that offers an array of information for different kinds of users. There are directions for migrants and refugees with regards to what they should do when they arrive at an area, from what authorities they need to contact to how they can get to Athens. Information provided in the database is accessible to citizens as well as tourists.
There is a First-Contact manual for both Lesvos and Samos, as well as for locations in Croatia and Serbia. Information in the manuel is available in Arabic, English and Pashto with translations of commonly used phrases and words.
About a month following the Samos trip, 32 members of the Startupboat visited the North East Aegean island of Lesvos. While migrants and refugees have been disembarking for a number of Greek islands throughout the year, Lesvos has been the single most popular entry point, especially since June. In late September, Greek Police estimated that 186,720 migrants and refugees had arrived on the island since the beginning of the year. The island’s population stands at around 80,000.
Schwarz noted that the aim of this first trip to Lesvos was to asses the situation and identify the main challenges that exist. The members met with refugees, activists and other NGOs on the island while also developing the First Contact manual. 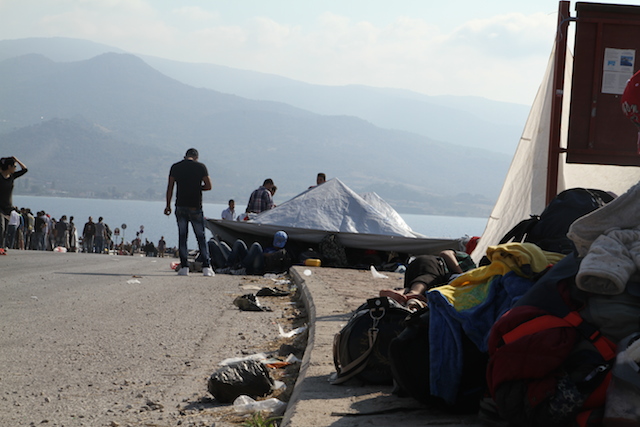 The team also sat down with the island’s mayor, Spyros Galinos, who after hearing about the Migration Hub offered them two houses that will be used as Migration Hubs in Lesvos.
“We are promoting the vision for this network. We are making sure that we have all the data arranged in the correct way so that other projects and startups, the public sector and investors, researchers and universities can be all in – we want them all in ideally – and we want to communicate that the Migration Hub is a space where they can come in and find out about projects that are happening around the world,” Schwarz said.
Schwarz noted that the crew that went to Lesvos included Greek expatriates that were residing in Denmark, Germany, Portugal, and Korea. These individuals also had different levels of expertise ranging from human resources and work with NGOs such as AIESEC.
Alex Schwab, chief consulting officer at 180 Degrees Consulting and member of StartupBoat, noted that the migrants and refugees he encountered in Lesvos wanted information about how to get to their desired destinations from the Greek island.
“Everyone you were talking to was really driven and really sort of had a sense of where they waned to go in terms of location and in terms of opportunities that lie ahead of them. So they obviously want to get to their final destination and learn the language of their final destination as soon as possible,” he said and added that the new arrivals also asked for basic necessities such as shelter.
Upon their return from Lesvos, the international crew discussed the results of their findings and are attempting to build a blueprint for Lesvos, a process Schwarz hopes to apply to other locations in the future.
Schwarz noted that the next Startupboat trip will address specific problems and she added that she expects the new donation mechanism to enhance the organization’s efforts. 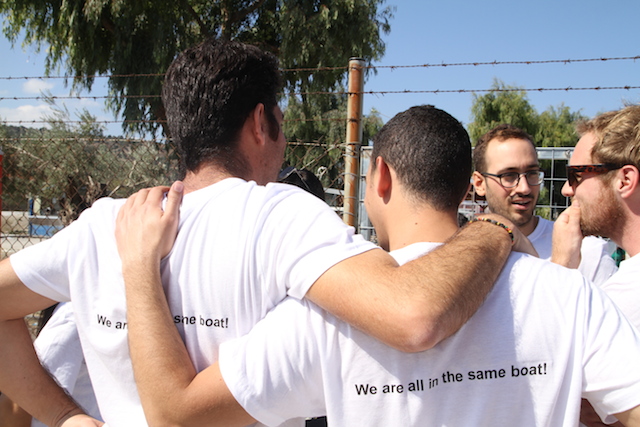 The refugee crisis is not just a challenge that exists in isolation in the Greek islands. The transportation of these migrants and refugees from the Greek islands to the port of Piraeus in Athens has been an almost daily process since August. Most of those who disembark to mainland Greece seek to leave the country as soon as possible and head to countries like Germany, usually by crossing into FYROM located to the north of Greece.
Others seek rest in the streets of the capital before continuing their trip up north. As a result certain areas in the Greek capital, such as Victoria Square and Amerikis Square have become camping sites for migrants and refugees.
Maria Calafatis of the Cube Athens, an initiative that aims to foster the development of startups in Athens and is a member of the StartupBoat, explained how reception for migrants in Athens is disorganized as they are not informed upon their arrival that there are places that can offer them shelter, food and bathrooms. Many choose to set up tents in the city centres since they have no idea where to go.
“The biggest problem right now is the problem of communication. The refugees come off the boats at Piraeus and from word of mouth they are told to go to downtown Athens so they can be near buses, because they are hoping to take these buses to get to the countries they want to get to,” she noted adding that this same communication problem exists in Lesvos.
Calafatis said that she spoke to migrants and refugees located in the Amerikis Square in downtown Athens who described the burdensome experience they have had. The people she met spoke to her about a long and expensive trip from Turkey, scrambled in a small boat with fifty people and having to leave most of their belongings behind.
“What refugees in Athens need most is a sense of reassurance from Greek citizens,” she said.