Greek Terrorist Group Was Allegedly Planning A Series of Kidnappings 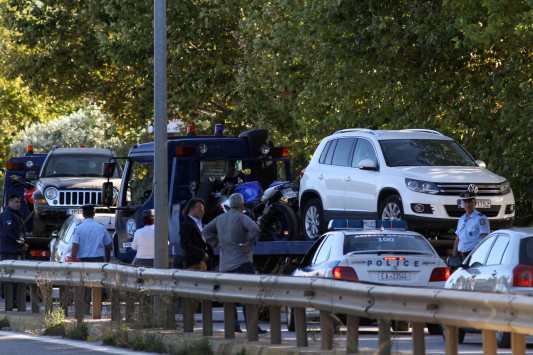 A Greek terrorist group related to the arms hideout at Marathonas, along with their associate known terrorist Giorgos Petrakakos, were planning to kidnap Greek entrepreneurs and shipowners, announced the Greek police on Friday.
According to Greek anti-terrorist unit’s official announcement, a notebook containing the names of certain people who were targets of kidnappings along with detailed execution plans were found in the Marathonas hideout.
The list of the future kidnapping victims included the names of more than 25 people, mostly children and relatives of Greek entrepreneurs, shipowners and even politicians, their home and business addresses, as well as planned out routes for the kidnappers.
The notebook together with all the preliminary investigation material will be submitted to the prosecutor. The Greek police officers reported that the notebook contained the name of a Greek entrepreneur’s son who was almost kidnapped about a year and half ago in Voula, Athens. At the moment of the incident, the young man had reacted calmly, since he had been trained by experts on how to conduct himself in a suspected abduction scenario.