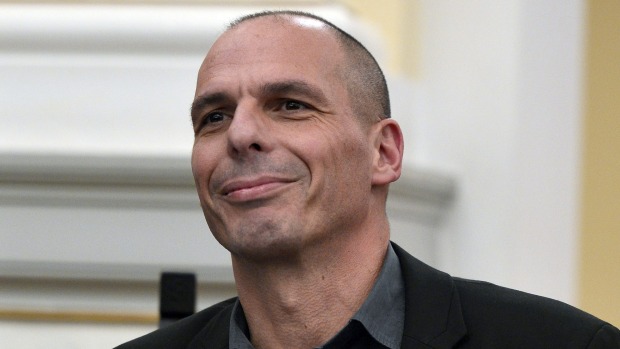 Former Greek Finance Minister Yanis Varoufakis will be opening the 6th annual Kilkenomics Festival in Ireland, according to a recent announcement by journalist David McWilliams. The festival which was co-founded by McWilliams and Naoise Nunn is set to kick off on November 5.

“I am delighted to announce Yanis Varoufakis will open Kilkenomics on Nov 5,” McWilliams tweeted on Thursday. According to the festival’s schedule Varoufakis will be in conversation with McWilliams in St Canice’s Cathedral in Kilkenny, Ireland.

The Kilkenomics Comedy and Economic Festival is an economics and comedy festival taking place in Kilkenny, Ireland. Its first session ran from November 11 to November 14, 2010. The festival mocks banking and political figures while asking for answers and it also features its own currency known as “the marble.”

Kilkenomics is Europe’s first economics festival, which brings together some of the world’s leading economists, financial analysts and media commentators with some of our funniest, sharpest standup comedians, write the organizers on their official website.

Varoufakis was replaced as Greece’s Finance Minister after the Greek referendum vote, in July, when he stepped down to make way for Euclid Tsakalotos. He recently claimed that Europe bullied Greece into a bailout at the end of summer 2015, and distanced himself from the recent Greek elections, where SYRIZA won with a smaller majority than in January 2015. The former Greek Finance Minister noted that it was “a sad parliamentary election – which could not, and did not, produce a parliament capable of implementing a viable reform program for Greece.”