TechNews
GreekReporter.com Greece This Refugee Is Travelling from Syria to Germany with His Wheelchair

This Refugee Is Travelling from Syria to Germany with His Wheelchair 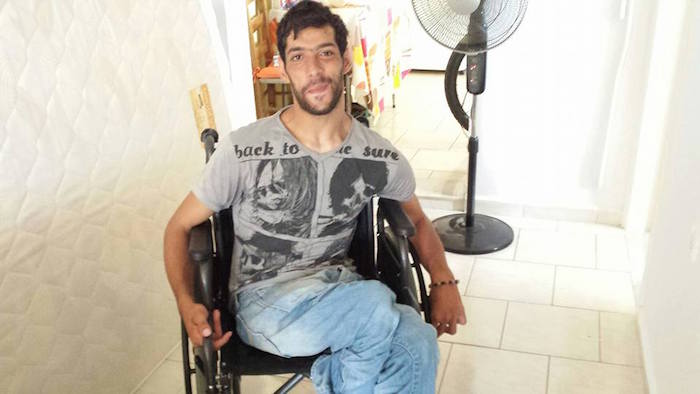 Khaldoun is a Syrian refugee from Damascus who came to Greece searching for a better future, a route many of his compatriots chose to finally reach Northern Europe. They have to walk for miles crossing borders to Turkey and then pay smugglers to offer them a boat ride to a neighboring Greek island in order to enter Europe.
His case was different though, since he cannot walk. This young Syrian, who due to his disability is wheelchair bound, despite this Khaldoun managed to make it to Greece, thinking that after that he could reunite with his sister in Germany. However, thanks to EU bureaucracy, he was never granted a visa to allow him to get a flight to Germany.
After many attempts to talk to the German Embassy in Greece, he decided to start the trip on his own, having to pull his wheelchair for miles and use any available means to reach Germany, illegally.
A Norwegian journalist who met Khaldoun in Greece tried to help him to get the legal paperwork for him to enter the country in a legal manner, but authorities denied every single attempt to grant him asylum. Now he is on his own, together with a group of other refugees whom he met in Greece and they will all try to enter the country illegally. 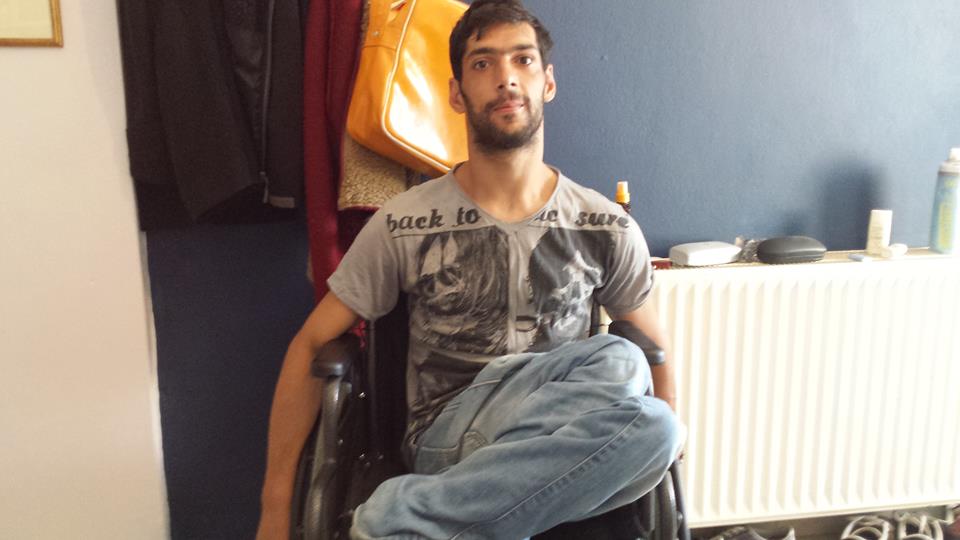 “Our thoughts were that we should help Khaldoun to go to Germany in a legal way. But this is impossible because every embassy, organisations and politicians said no to Khaldoun,” said Barney, the Norwegian journalist who met Khaldoun on the Greek island of Leros.
“I don’t know how many times I heard; “we can’t do nothing,” he said.
After speaking to many embassies, human rights organisations, lawyers and politicians, nobody could help because of the European laws.
Khaldoun needs special kind of help since he is disabled. He has been to prison in Syria for two months where he got beaten up by the police. The police accused him of shooting down a plane.
“How can a guy that can’t walk and hardly use his hands shoot down a plane? In Syria the police put people in jail for false reasons and torture them every day,” the Norwegian reporter stated at a Facebook group created for Khaldoun.
“If we were to go with Khaldoun through the borders in Europe, I could be arrested for human trafficking. I could also be arrested here in Greece by just helping him. So the situation for him and me got horrible. Khaldoun got very frustrated of course, and he just wanted to leave Greece.”

“Yesterday we met a group of Syrian people that should walk the long way to Germany. They said they could take care of him and take him to Germany and Khaldoun wanted to join them. So suddenly he was gone.”
Khaldoun will have to enter Germany most likely by travelling through F.Y.R.O.M. or Bulgaria and then continuing to head North, a trip that in his condition could last for weeks.

“It is the only solution for him. I talked with his family and his friends and they agree with this. They don’t like it but they think this is the best now, since nobody can take care of him.”