GRNews
GreekReporter.comGreeceMayors of Cities Hosting Refugees to EU: "Help Us to Help Them"

Mayors of Cities Hosting Refugees to EU: "Help Us to Help Them" 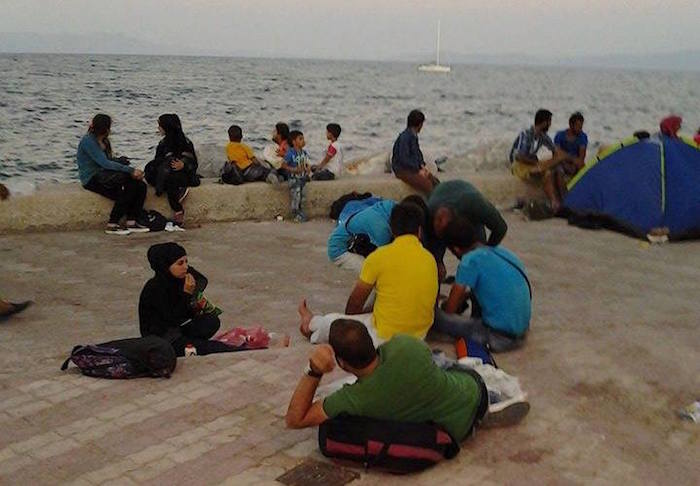 Four European mayors, Anne Hidalgo from Paris, Ada Colau from Barcelona, Giusi Nicolini from Lampedusa and Spyros Galinos from Mytilene, urged European leaders on Sunday not to turn their backs on refugees, stating that their cities are ready to accommodate them.
“European cities are ready to become places of refuge. States grant the status of asylum but it is cities that provide shelter,” the elected local officials wrote in a joint column that was published in Spanish daily El Pais, titled “We, the cities of Europe.”
The text is also signed by the counterparts of Madrid, Manuela Carmena, and other four Spanish cities. The document is open for other signatures, while it was published on the evening of a an extraordinary meeting of EU interior ministers in Brussels concerning the biggest refugee crisis plaguing Europe since World War II.
“Our municipal services are already working on plans to ensure food, shelter and dignity to all who flee war and hunger. All that is needed is the help of the states,” they wrote.
“We ask that they (the leaders) do not turn their backs on cities, that they listen to the cry that is coming from them, we need the support and cooperation of the states,” the European mayors added.