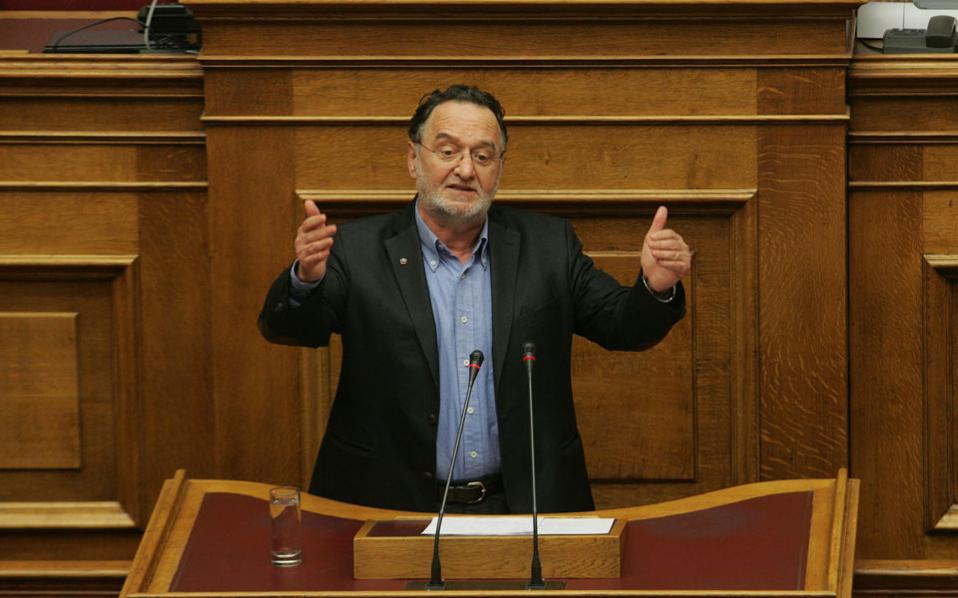 SYRIZA Left Platform leader Panagiotis Lafazanis has indirectly announced the creation of a new political party by calling Greek people to join a new anti-bailout movement.
Lafazanis has issued a written statement just when parliamentary committees began to debate the bailout agreement and will later go to vote. The statement is signed by another 13 SYRIZA dissenters, in which they call for people across Greece to mobilize and form a “united movement” for democracy and social justice.
“The fight against the new Memorandum starts now, by mobilizing people in every corner of the country,” the statement said.
“The signing of a new Memorandum… equals destruction of the Greek people and democracy… it reverses the Greek people’s mandate that went against neoliberal policies on the July 5 referendum…” the statement read.
“…we need to continue on the path of July 5 until the end, until we overthrow the bailout policies, with an alternative plan for the next day, for a democratic Greece, reconstructed and socially just,” it continued.
“We call for the creation of a nationwide movement, by establishing committees against the new Memorandum, austerity and the country’s new guardianship. A unitary movement that will fulfill the aspirations of people for democracy and social justice,” the statement continued.
Economist and renowned business journalist Hugo Dixon, who closely follows political and economic developments in Greece, tweeted that Lafazanis’ split from SYRIZA will benefit Prime Minister Alexis Tsipras and his government: 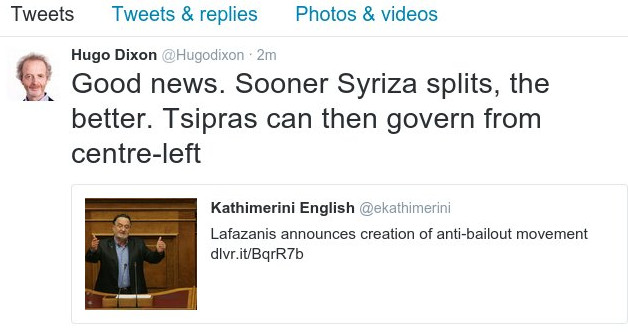