KKE and PASOK React to Greece's Agreement with Creditors 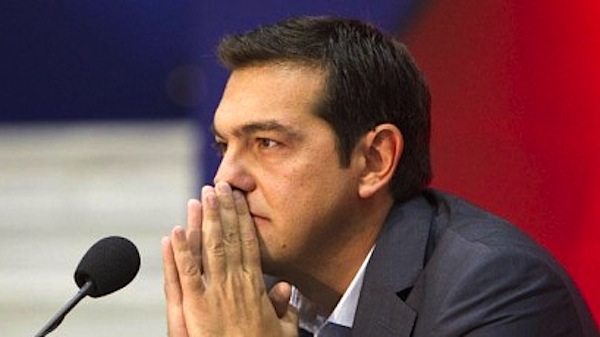 Following Greece’s agreement with international creditors, opposition parties PASOK and KKE strongly criticized the government.
The Greek government agreed to a bailout deal with creditors on Tuesday morning, following a 24-hour examination of the agreement terms. The Greek and Eurozone parliaments still need to ratify the deal.
PASOK, which has urged Greek Prime Minister Alexis Tsipras to secure a deal and was in the front line of Greece’s two Memoranda negotiations since 2010, criticized the Greek coalition government for trying to present the Memorandum as a success.
“Previously, they crticized a 2-billion-euro proposal that would take us out of the Memoranda, and now, after they destroyed the economy and caused a recession, they bring a new Memorandum that will burden the Greek people by 14 billion euros,” the party said in an official announcement.
The Greek Communist Party (KKE) pointed out the timing of Tsipras’ decision to tax Greek parliament members and highlighted KKE’s own proposals for taxation of parliament members and other schemes.
“While the government is signing the massacre of all rights that still exist, with distractive and impression tactics like reductions in parliament members and government officials’ wages, it leaves the parliamentary income untouched and is trying to sugarcoat the new Memorandum,” KKE said.