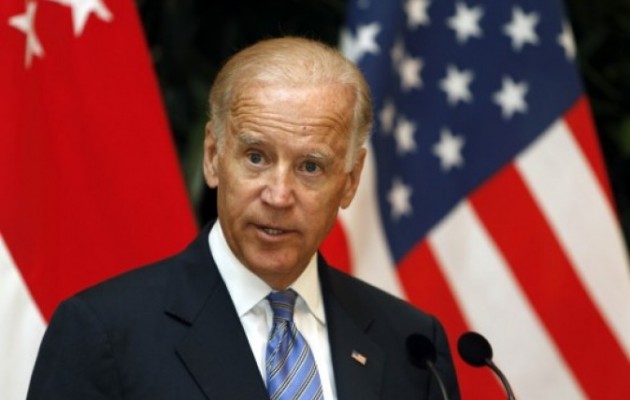 White House Chief of Staff Denis McDonough and prominent members of the Greek-American Community discussed the possibility of U.S. aid to crisis-stricken Greece, with the participation of U.S. Vice President Joe Biden.

The two-hour meeting took place at the White House, in the Indian Treaty Room. McDonough underlined that U.S. President Barack Obama and VP Biden are concerned about Greece and its people during these hard times. It was decided that the U.S. will establish an “interministerial working group” to investigate possible areas of assistance to Greece.

Biden assured the Greek-Americans about his feelings for Greece and underlined that the United States’ aim during negotiations was the formulation of an efficient reform plan that would bring a viable deal and make the Greek debt sustainable and lead to economic recovery.

Dr. Charles Kupchan, Director of European Affairs at the National Security Council, stressed the importance of the involvement of the Greek-American Community in the effort to aid Greece. Rory MacFarquhar, special assistant to President Obama and Senior Director at the National Security Council, presented certain ideas for possible U.S. government activities on the Greek issue.

Other than the establishment of the interministerial committee, it was decided to have more meetings and contacts with the Greek government to discuss humanitarian, economic, trade, military, investment, health and technical support issues.

Diaspora Greeks who participated in the meeting said they are pleased with the initiative, even though it was delayed. Their estimate is that there won’t be any short-term results, but in the autumn there will be activity in the trade and health sectors, and possibly from the Pentagon.

The Greek-American invitees said they would like to see the Special Envoy and Coordinator for International Energy Affairs leading the Bureau of Energy Resources, Amos Hochstein, and send a clear message that the U.S. wants Greece to become an energy hub, something that will enhance the picture of stability in the country and encourage investors. The potential to increase Greek exports to the U.S. was also discussed.