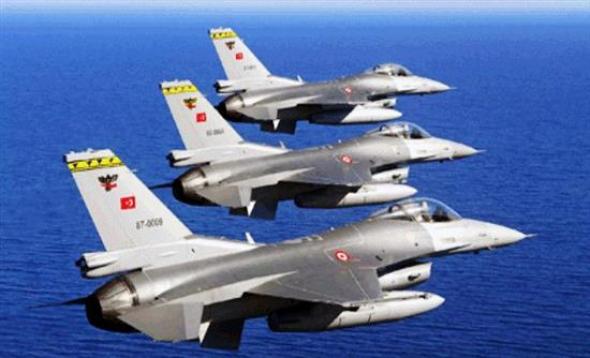 A formation of Turkish fighter jets violated Greek airspace a total of 20 times on Wednesday before being chased off by Greek aircraft, according to a Kathimerini report.
A total of six Turkish fighter jets flying in formation entered Greek airspace repeatedly over the north, central, and southern Aegean Sea.
The Turkish jet fighters were carrying armaments and a tense close-quarters confrontation occurred between the neighboring countries’ aircraft.
Turkish aircraft violate Greek airspace over the Aegean Sea quite often as maritime boundaries between the two countries are a constantly source of disagreement. The incidents are so routine that Turkey now lists all incidents under the “Daily Activities” section of the chief of general staff website.
“The question of sovereignty over the Aegean in simplest terms is the difference between Greek territorial waters of six nautical miles and the 10-nautical-mile airspace Greece claims,” Metin Gurcan writes for Al-Monitor, according to the report. “The conflict arises when Turkey recognizes the Greek national airspace over the Aegean as six miles and flies its planes within the 10-mile airspace claimed by Greece.”
Similar incidents happen with frequency and have increased rapidly since 2013. In the first month of 2014 alone, Turkish aircraft allegedly violated Greek airspace 1,017 times, Gurcan reports. This was twice the number of total airspace violations between the two countries for the first half of 2013.
The two countries are NATO allies but there is ongoing hostility between them after Turkey invaded Cyprus in 1974, claiming oppression of Turkish populations on the island. Oil and natural gas deposits around Cyprus have also become a major point of contention between the two neighbors.