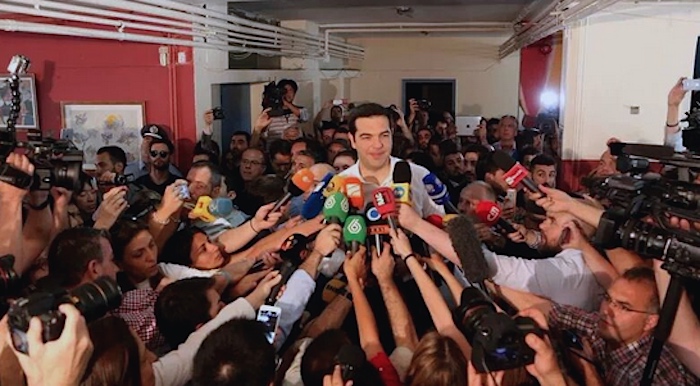 With international reaction to Sunday’s “No” vote in the Greek referendum varying, Prime Minister Alexis Tsipras received unambiguous congratulatory messages from Cuba’s authority siblings, Fidel and Raul Castro.
Fidel Castro, Cuba’s leader from 1959 and 2008, congratulated Tsipras and Greece for their “brave” victory in Sunday’s referendum and identified Greece and its history as a source of inspiration for the Cuban, Latin American and Caribbean people.
“In the current political situation in the world, where peace and survival of our species are hanging by a thread, every decision, more than ever, must be carefully developed and implemented, in a way no one can question the honesty and seriousness of many of the most responsible and serious leaderships’ struggle today to face the catastrophes that threaten the world,” he wrote.
Raul Castro’s letter can be read in full below:
Dear Prime Minister:
I convey to you my sincere congratulations for the victory of the NO in the Referendum held in Greece on July 5th, 2015.
Such result shows the ample support of the Greek people upon the daring policy by the government you preside over.
I reiterate my highest consideration and sincere respect to you.
Raul Castro Ruz
President of the Councils of State
and Ministers of the Republic of Cuba