GRNews
GreekReporter.comGreeceThree Percent of the World's Top Scientists are Greek

Three Percent of the World's Top Scientists are Greek 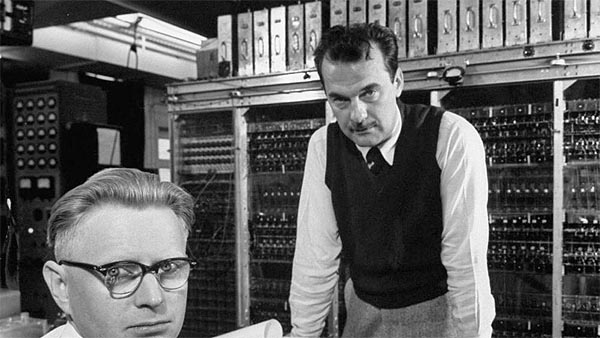 Nicholas Metropolis (right) was a Greek-American physicist who designed the MANIAC I computer in 1952
Greeks may be only 0.2 percent of the world population but 3 percent of top international scientists are of Greek nationality, says a survey.
John Ioannidis, Professor of Medicine at Stanford University, conducted the research and presented it on Saturday at the Panhellenic Medical Conference in Athens.
Ioannidis gave a lecture in memory of prominent Doctor and Professor Dimitris Trichopoulos who died in December 2014. The title was “The exodus of Greek scientists – a meta-analysis,” and the survey showed statistics for a total of 672 scientists with Greek names who have the most influence in the international scientific bibliography. The professor used statistical data from the Google Scholar database.
On average, the 672 Greek scientists have received 17,000 reports each in the international scientific bibliography. Only one in seven of them (14 percent) lived or live in Greece, 86 percent of them live abroad where several of them were born, and 33 of them have passed away.