GRNews
GreekReporter.comEuropeElderly Greek Woman Flies to Malta Instead of Athens Due to Airline... 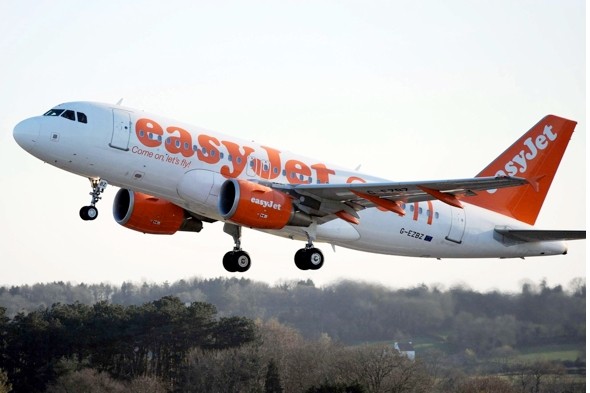 An 84-year-old Greek woman was accidentally flown from Manchester to Malta, instead of Athens, by easyJet, reported British newspaper Daily Mail. The Greek pensioner, Argyro Aretaki, was driven to Manchester airport by her son on May 18. She was taken to the right gate by the special assistance staff and from then on her long journey began.

The elderly woman does not speak a word of English so when her boarding pass was scanned and she was left at the right gate by the airport staff, she patiently waited in her wheelchair. However, no one came to help her board the plane, therefore she got up and followed the crowd.

As it turns out, there was another easyJet flight leaving from Manchester with just a few minutes difference from Aretakis’ flight to Athens, and their flight numbers were almost identical. Even though the airline staff checked her boarding pass before she entered the plane, no one noticed she was heading to the wrong destination.

However, he luggage arrived in Athens with the prearranged flight, despite the fact that according to airport security rules, a flight is not allowed to take off while carrying the luggage of a passenger that has not boarded the plane.

When she arrived in Malta and realized that something was wrong, the elderly woman broke down and started crying. She did not know what to do and could not communicate in English. In the end, the staff helped her, provided her with a room to stay overnight and called her daughter in Athens.

“I was stunned when I got the call from Malta Airport telling me that my mother was there. She is 84, she doesn’t speak English and she landed somewhere that she thought was Athens. She realized something was wrong and was really, really upset. I actually spoke to her after the airport staff managed to contact me. I think it was a good hour after her flight landed. She thought there was going to be a wheelchair at the other end but of course, nobody was expecting her in Malta. She walked off the plane and burst into tears. She didn’t understand what was going on,” her daughter told the Daily Mail.

Aretakis was forced to stay in Malta for one night and then travelled to Manchester where she got the corresponding flight to Athens. Her son was also upset and noted that easyJet’s communication was unacceptable. “They treated her like she was a lost piece of luggage,” he said.

The company issued an apology statement toward the elderly woman and her family.