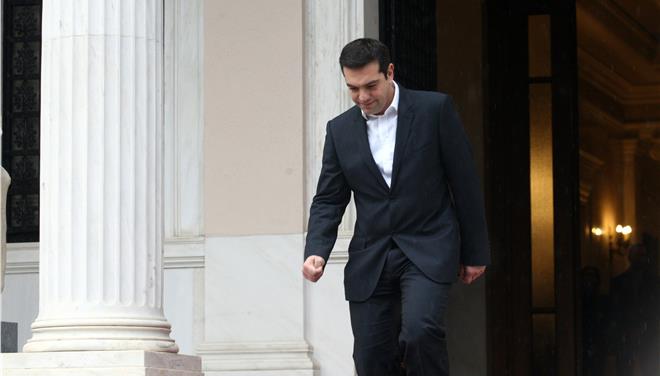 The Greek government is seeking to secure a single, comprehensive agreement with European Union partners. The deal should put an end to austerity and open the path for growth.
According to sources close to the Maximos Mansion, Prime Minister Alexis Tsipras wants a final deal, not a partial disbursement of funds. The Greek PM wants an agreement that will put an end to austerity and restore the Greek economy.

Tsipras does not want to negotiate a deal in two or three phases in order to meet short-term obligations. He believes that short-term agreements create asphyxiation of the Greek economy, market uncertainty and thus hurt the economy more. Subsequently, a partial deal would bring more austerity, according to the same sources.
The Greek prime minister will meet with German Chancellor Angela Merkel and French President Francois Hollande on the sidelines of Thursday’s EU summit for South Eastern countries in Riga. He will present the serious liquidity problems Greece is facing and ask for a political solution to the debt issue by the end of May. Furthermore, Tsipras will ask for a single deal.
The Greek government is indirectly sending the message that Athens will not be able to repay the 300-million-euro installment to the International Monetary Fund due June 5. Defaulting to the IMF would be a serious financial incident and Athens wants to avoid that.
European Commission President Jean-Claude Juncker has stated that he is working personally on the Greek issue and foresees a deal by the end of May. At the same time, German Finance Minister Wolfgang Schaeuble said on Tuesday that negotiations are progressing extremely slow. According to a Reuters report, Schaeuble said that, “A big part of the Greek population is suffering, but the greek government doesn’t understand what to do to put an end to its suffering.”