GRNews
GreekReporter.comAustraliaGreek-Australian Scientist: 'There is No Soul, Everything Comes from the Brain'

Greek-Australian Scientist: ‘There is No Soul, Everything Comes from the Brain’ 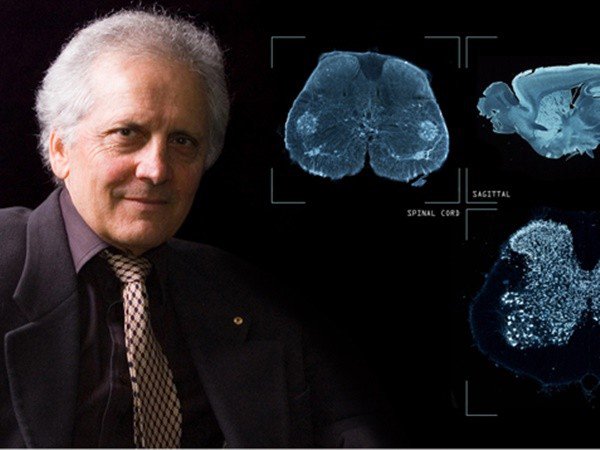 Greek-Australian neuroscientist George Paxinos arrived in Athens to speak during a conference taking place at Aegean College on Friday, May 22, on the subject of “Brain, Behavior, Development.”

During his stay in the Greek capital, Paxinos gave an interview to the Athens-Macedonian News Agency where he spoke about his work and life. “People need to let go of the illusion that we have a soul. Everything -even feelings- stems from and is controlled by the brain,” he said.

Furthermore, he denied that people have any free will, he stated that he is an atheist and an avid cyclist, while he also commented on Greece’s current situation, noting that the country should have a place within Europe.

Paxinos is a member of the Academy of Athens since 2012 and the Australian Academy of Sciences since 2009. He is internationally known and acclaimed for his contribution to neuroanatomy, as well as human and animal brain mapping. His writings and research have opened new roads to combatting neurodegenerative diseases such as Parkinson’s and Alzheimer’s.

The Greek-Australian neuroscientist was born in Ithaca, Greece, in 1944 and after high school he travelled to the United States to study psychology at Berkley University in California. After finishing his studies, he travelled to Canada for his doctorate at McGill University.

Furthermore, he completed his postdoctoral research at Yale University in the U.S. and since 1974 he permanently moved to Australia, where he started working as a Professor at the University of New South Wales in Sydney, a position he still holds to this day. He is also a leading researcher at Neuroscience Research Australia.