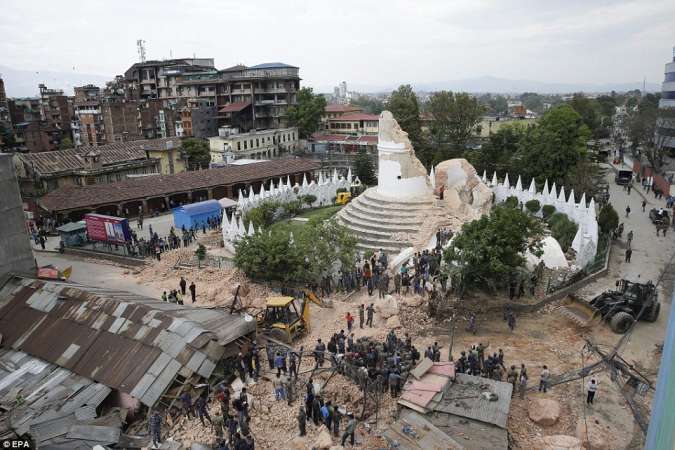 A team of eight Greek climbers who had traveled to Kathmandu in order to climb Mount Everest got lucky when their sherpa guide, who had been paid a large amount of money in advance, failed to show up at their meeting point.
“We arrived in Kathmandu last week and there we discovered that our sherpa had disappeared with the money we had given him,” Sophoclis Paitis, one of the climbers told the Greek public television broadcaster, Nerit.
The climbers reported the incident to Nepali authorities, but in the end they decided to return to Greece on Friday, a few days earlier than they had planned. On Saturday, after the climbers had safely returned home a devastating 7.8-magnitude earthquake shook Nepal.
“In the end we were lucky, but we have friends at the Everest camps who are living through very difficult moments,” added Paitis.
The earthquake has claimed the lives of 3,200 people. Eighteen people were killed when an avalanche hit the Everest base camp, and another 60 were injured.
Meanwhile, another young Greek woman from Crete, who was feared missing since Saturday, was finally able to inform her family of her whereabouts and her condition. Using her Facebook account she sent a message saying that she is well but she had not realized the damage that the earthquake had caused since she had been in a mountain village at the time.